> FAQ Home
> Genre: Children's Books > Like a hint of what could’ve been if Lightyear hadn’t flopped so hard… 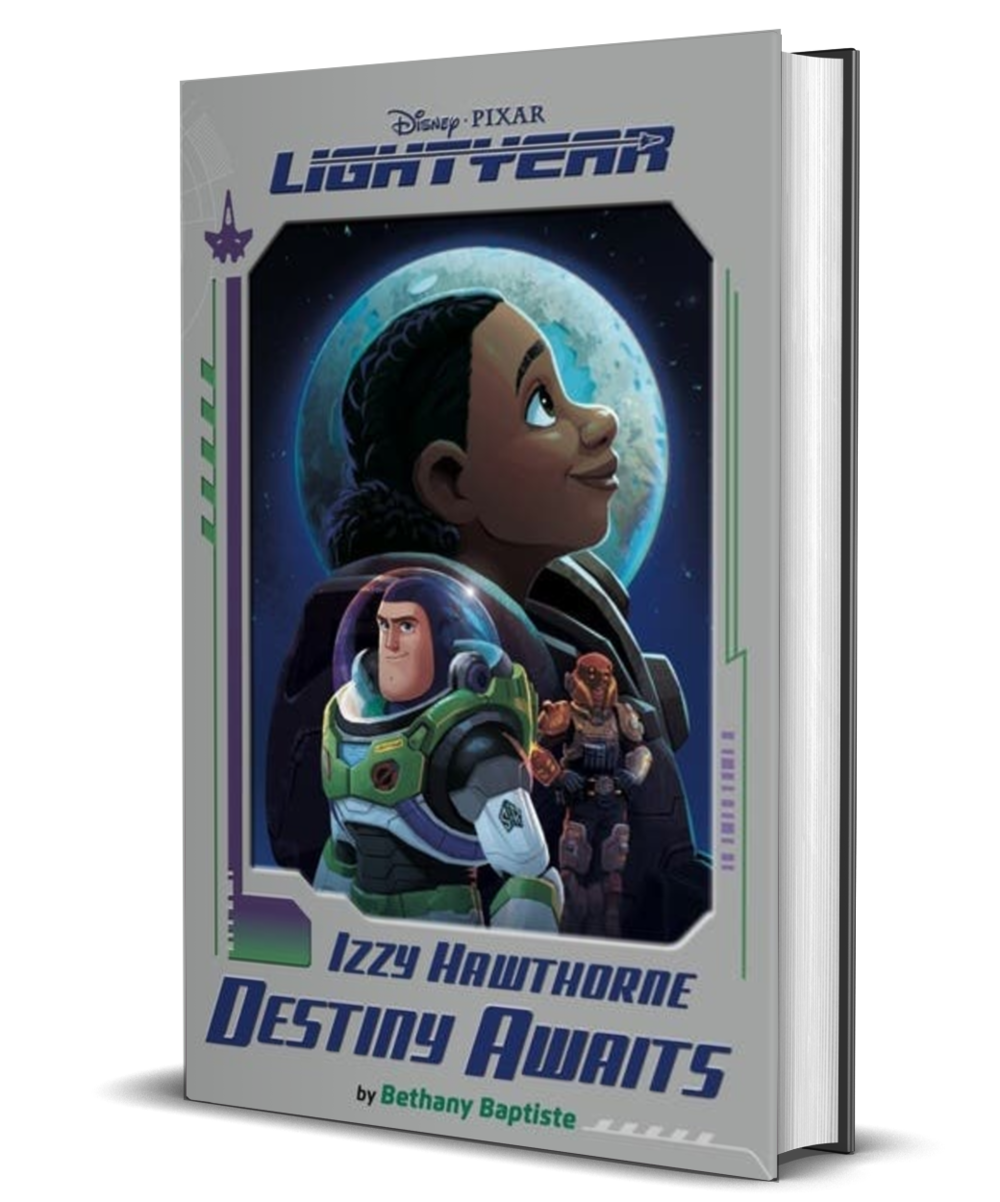 Prior to Lightyear‘s release, I had to restrain myself every time I went to Target from buying one of the middle-grade novelizations of the film because I have zero patience. Now that the film’s finally out in theaters, there’s even more books out there, including this one centered on Izzy Hawthorne. It appeared to be more than a simple retelling of the film’s plot, giving further background to the character we’d only just started to get to know in the movie, and I was game for that. Lightyear may have bombed at the box office, but it was a success in my eyes, and I’ll take any additional content I can get. We’ll probably now never get any sort of follow-up movie or show, despite the post-credits tease, so this is probably the best I can hope for.

Onto the book, while it is largely a retelling of the film, that’s not necessarily the biggest knock against it for me, as a lover of the film. Plus, it’s the film retold from Izzy’s perspective, which helps paint many of the scenes in a different light, or flesh them out in the case of things we might’ve missed due to Buzz being the central focus of the film. Better yet, the relationship between Izzy and her grandmother, Alisha, that we saw hinted at in the film is delved into throughout the book with flashback chapters. For example, we see when Izzy’s grandmother first taught her about stealth mode.

All this new insight makes the book function rather well as a companion piece to the movie, underscoring why Buzz makes the decision he eventually does in the film. In fact, it works so well that I hope Pixar reworks it into some sort of accompaniment to the movie, like a short film. But, like I said, that’s probably not in the cards… so can we get the continuing adventures of the crew in book form, at least? I need more Mo. Taika’s performance is imprinted so lastingly in my head that I read every line of his in his voice, even ones that weren’t in the movie, and so it would be almost like having another short/feature film. (Except for my aphantasia making it impossible for me to add visuals to the pitch-perfect audio in my head)