> FAQ Home
> Genre: Fiction > BookTok Made Me Do It 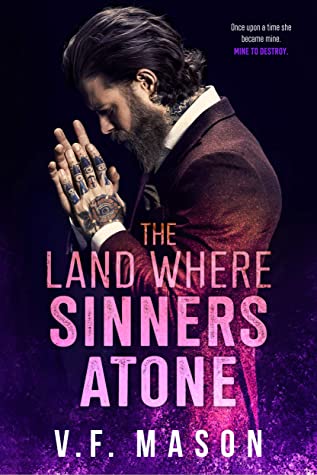 Phoenix Hale is convicted of manslaughter for the death of Zachary King’s wife, and he, unsatisfied, arranges to make her life an endless torment. But it turns out Phoenix is innocent, and when she is released, the pair are forced to work together to stop a serial killer before they can strike again.

I am not one much for BookTok, but it is a fun way to find books I’d probably not come across otherwise. The video about this book attracted me immediately because of how batshit it was. The heroine being framed as a drunk driver by a serial killer? Revenge turned to love? A STOLEN BABY?? Unfortunately, though, I did not enjoy this book as much as I hoped.

There were certainly things that I enjoyed about this book. The author did a fair job of keeping the suspense going, and I was engaged throughout the story with the question of who the serial killer was. I liked how the love that Phoenix and Zachary had for their past spouses was not dismissed or diminished, as is often the case in romance – especially Sebastian, who could have been villainized very easily.

However, the main characters did not have much personality, and I did not like how Phoenix forgave Zachary so quickly and with so little groveling. This is perhaps a  mighty hurdle in the hands of any author, considering Phoenix believes for most of the book that Zachary caused the death of her child, but I thought the insta-lust/love formula that was used really didn’t work. I did not see how the characters were in love.

Leaving this aside, I also did not really like the writing, which was rather melodramatic and sometimes repetitive. And the resolution of the mystery was really odd. Surely Zachary would have already known the crucial fact revealed at the climax? The way that Phoenix is looped into the serial killer’s fantasies was also really flimsy.

Overall, not a bad book, but I doubt I will read more by this author.