OK, so I made it to book 4 of the Odd Thomas series.  I don’t know.  I really liked the first book.  Each subsequent book gets weirder and weirder though.  And don’t get me wrong, I’m ok with weird.  It’s almost like each book tries to out-weird the one before it though.  We meet AnnaMaria too, and she’s just a lot.  She’s supposed to be this super charismatic, charming person.  To me she just read as annoyingly vague?  Nothing she said made sense or really helped in any way.  I don’t like characters that are just there to drag out the mystery.  That’s what she seems like to me.

I’m not sure what it was about the first book that drew me in, and what’s going on in these subsequent books that isn’t working for me.  I’m thinking that the first book was about introducing Ozzie and Stormy and the lady that owns the Pico Mundo Grill, and all the other recurring characters.  Now Odd just moves around and there’s no consistency or anchors.  I think that might be the issue for me.

I get that losing Stormy was a big deal.  Grief affects people in different ways.  As a book series though, I think I need a little more consistency than “Odd sees spirits” and “Odd is odd”.  And I’ve read some other reviews where they’re over the “witty” dialogue.  I feel the same.  There are so many parts that I just lightly skim through or skip altogether just to get to the plot. 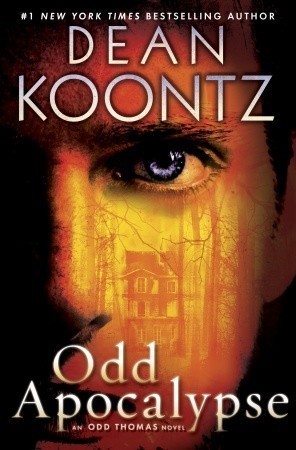 OK so Odd’s whatever power continues to just pull him randomly around California.  This time we end up on a big, fancy, and (of course) mysteriously evil estate.  The guy who owns the place is some rich asshole?  Again, we don’t really do a lot of learning about characters in this book.  It’s just straight into “Annamaria is impossible to say no to, she doesn’t help or tell us anything helpful, and weird stuff is going on”.

I keep reading through other people’s reviews on Goodreads to try to figure out why I’m no longer liking these books.  Someone else said that it’s the relationships and characters that made book 1 so good, and now all of that is gone in the rest of the books.  I really think that’s the problem.  Hard right turn at weirdsville, no more character development.  Odd is just rambling around, stumbling into weirder stuff that doesn’t make sense and is hard to get across in the written word.

I just checked and it looks like there are only two more books in this series.  I’m such a completionist (not really a word?), so I’d like to finish the series.  Ugh, I’m super not excited about it though!  That’s not a good sign.  And unfortunately, the still pregnant and still mostly useless Annamaria is travelling on to book six.

Hopefully it’s at least a free download from my library!