> FAQ Home
> Genre: Audiobooks > Ugh, another stinker I had to power through 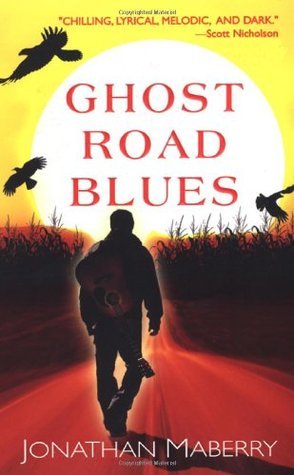 After reading the zombie anthology that Jonathan Maberry helped to edit, I wanted to try one of his books.  My library had the first book in his Pine Deep series, so I decided to give it a try.

Just woof.  I did NOT like this book.  So many people were just giant assholes and I couldn’t get behind them as characters.  If I don’t like the characters, it’s just not going to happen for me.

I guess some people came back to life and just kind of randomly wandered around the town?  I wouldn’t call them zombies though, which is what I was expecting.  Fine, they don’t all have to be zombie stories.  I just can’t really tell you what the heck this book was about.

There was an ancient evil, a good guy killed it, some racist jerks killed the good guy, then it started all over again?

There’s some really super murdered people, some bad guys that think they’re talking to God, and then bad guys working for the big baddie?  I really don’t know.  I do know for sure that I don’t need any more of these racist, misogynist, and mean assholes.  I will not be continuing this series.  That’s almost a first for me.

Anyway, I might try another Jonathan Mayberry book, but definitely not with these characters.