> FAQ Home
> Genre: Fiction > “In the secret code of flowers” 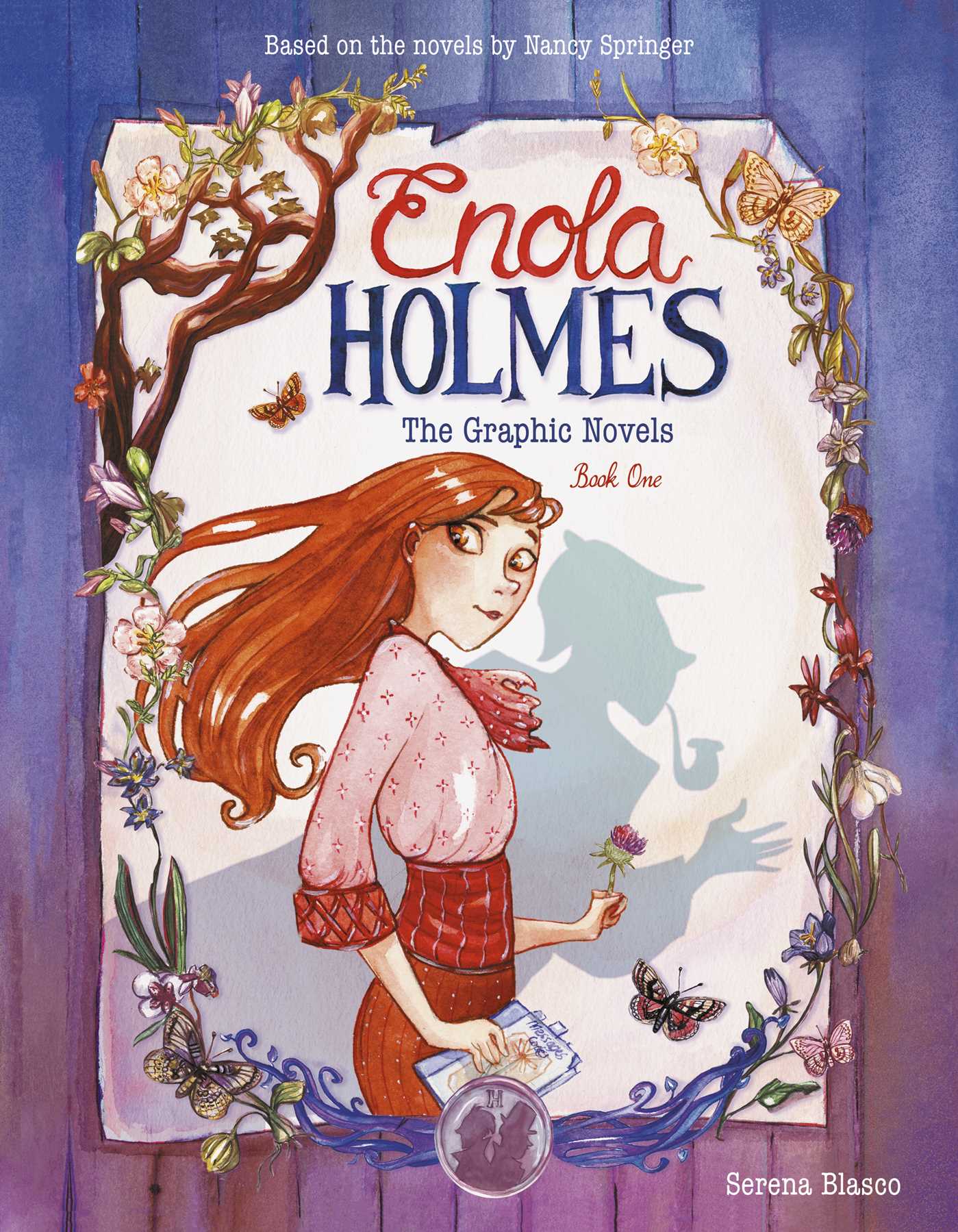 After her mother disappears, Enola Holmes runs away from her brothers, the famous Sherlock and Mycroft, and falls into solving mysteries in Victorian London.

I have of course seen the promos for the Netflix film Enola Holmes, though I haven’t actually seen it yet. I knew it was based on a series of YA books, but I’d never read them either. So when I saw that there was a graphic novel adaptation on NetGalley, I thought it would a fun introduction. Besides, I like the art.

And I continued to like the art throughout. It’s all lovely watercolors, lending a softness to the story and the characters that contracts interestingly with the often grim story, and the author has paid attention to detail with the clothing and the surroundings. I also liked how Sherlock and Mycroft were written, as caring brothers who are nevertheless confounded by the idea of a girl with such agency – canon confusion for Sherlock, at the very least.

However, I wondered how successfully the stories had been adapted to this format. Each book is short, allotted about sixty pages in graphic novel form, and because of this it felt as though the intricacies of the mysteries as well some emotional heft were left behind. For example, the motive of the villain in the second book is confusingly not really discussed. Enola’s mother’s disappearance, which I know is an overarching mystery in the series, is also often given short shrift.

Ultimately, I thought this was a beautifully-illustrated graphic novel that serves as a nice introduction to the series, if not a perfect substitute.

(Now, a digression. YA historical novels from the early 2000s appear to be rather full of a realistic darkness – at least that is the pattern I am noticing! There’s more of an emphasis on the lead’s coming-of-age.

In not unwholly unrelated news, I have exceedingly recently  gotten my hands on the full series of Caroline Lawrence’s The Roman Mysteries, which follow the same trend!)