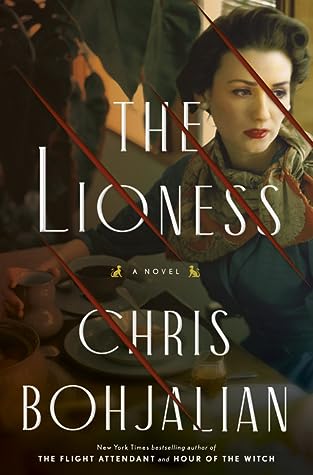 Katie Barstow is hosting a safari vacation for her closest friends and family on the Serengeti when things go terribly wrong. Kidnapped by violent criminals and broken up into groups, they must struggle to survive the night.

The premise of this book is so exciting – old Hollywood glamor meeting the bleakness of Ernest Hemingway. I’ve not read this author before (though I have his Hour of the Witch) on my TBR, but seeing all the great reviews of this one got me pretty excited.

Unfortunately I feel a little let down. I mean, I did enjoy a lot of things in the story – the vivid and complex characters, the depiction of the beautiful but pitiless savannah. I felt as though I was present there with the glare of the sunlight and the buzzing flies. Despite the plethora of characters, no one sounded alike and I was invested in everyone’s fates.

However, the story was slow despite it being supposed to be a thriller, and things aren’t helped by the copious flashbacks that pepper the story. The flashbacks may reveal things about the characters and the era they lived in – but for the most part I kept wanting to return to the dangerous present. I also found the revelations about why the group had been kidnapped to be underwhelming, and the end rather rushed up on us.

All in all, I have mixed feelings about this book, but I thought it was well-written and will give more books by this author a try.