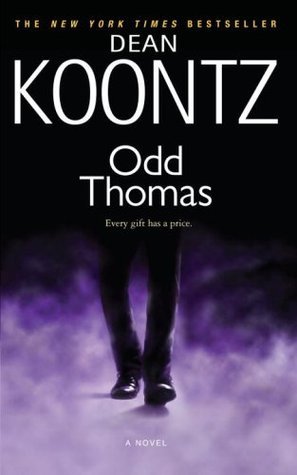 I stumbled onto this book like I stumble onto many books.  I was searching for a new audiobook on my library app, and I searched “available now” and either “horror” or “mystery”, I can’t remember.  I usually try both, and sometimes “thriller” too.  It’s taken me to some cool books, and occasionally some clunkers.

Anyway, like my title states, I needed a new series!!  I’ve read EVERY AVAILABLE HARRY BOSCH book, so I need a new mystery solving man in my life.  Odd Thomas is one million light years away from Harry in temperament, but his goals are similar.  Harry speaks for the dead.  He tries to solve their murders, and prevent bad things from happening to the extent that he can.  Odd is the same.  He doesn’t necessarily speak for the dead, but the dead show up to him.  They generally want their murderer to pay.  Sometimes they want Odd to stop someone else from suffering the same fate as they did.  Sometimes it’s both.

At first I felt like Odd was a character I’d need some time to get used to.  He’s a little quirky, and sometimes that comes across as annoying in a book.  I guess it did take me a little bit to like him, but it didn’t take long.  He was such an endearing person that his weirdness seemed likeable quickly.

There was some mystery, some thriller, and also some horror in this book, so it suited me just fine.  There was also a lot of character, which I don’t always need, but I super didn’t mind.  No details about someone or their house or job or whatever bogged down the story, so it flowed naturally.  The last five minutes made me surprise cry in my car though, so maybe read / listen to the end alone if you’re emotional.

My library seems to have the first seven or eight books in the series, so I’ve got a lot more of Odd’s adventures to read. I’d definitely recommend this!!