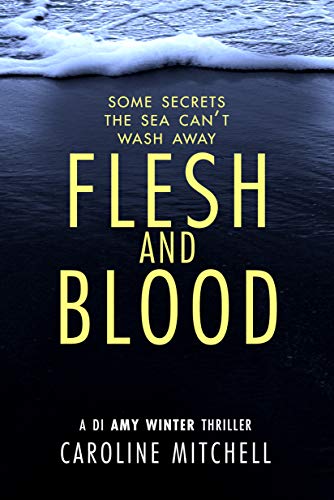 This is the fourth book in the Detective Inspector (DI) Amy Winter series.

I probably read the previous three books in the year and three quarters that I didn’t participate in CBR, so sorry for diving in at book four!

Amy Winter’s parents were serial killers.  Her dad is dead I think, but her mom was recently released from prison.  One of her sisters is still in contact with their mom.  This is just background info.  Amy is a little guarded because of her scary upbringing, but she’s an awesome DI.  She has a way of figuring things out that generally works in the end.

Amy’s boyfriend and work partner’s (Deacon?  Dalton?  Let’s go with D) ex work partner is found dead.  To almost everyone, it looks like a suicide.  D refuses to believe she committed suicide, and she also called him a few hours before her death.

Amy, D, and their team look into her suicide / murder, and find a bunch of other suspicious suicides.   They find a group of troubled teens who may or may not be related to the events, but definitely need some rescuing.

This is a British detective series, which I love to read, and also watch on TV, so this is right up my alley.  If you’re into interesting murder mysteries with a likeable cast of characters, this series is for you.  The first books in the series also delve into her parent’s serial killer pasts, so that’s interesting too!  I’d recommend this book and the entire series.  Read it in order though, or you won’t like Amy as much!