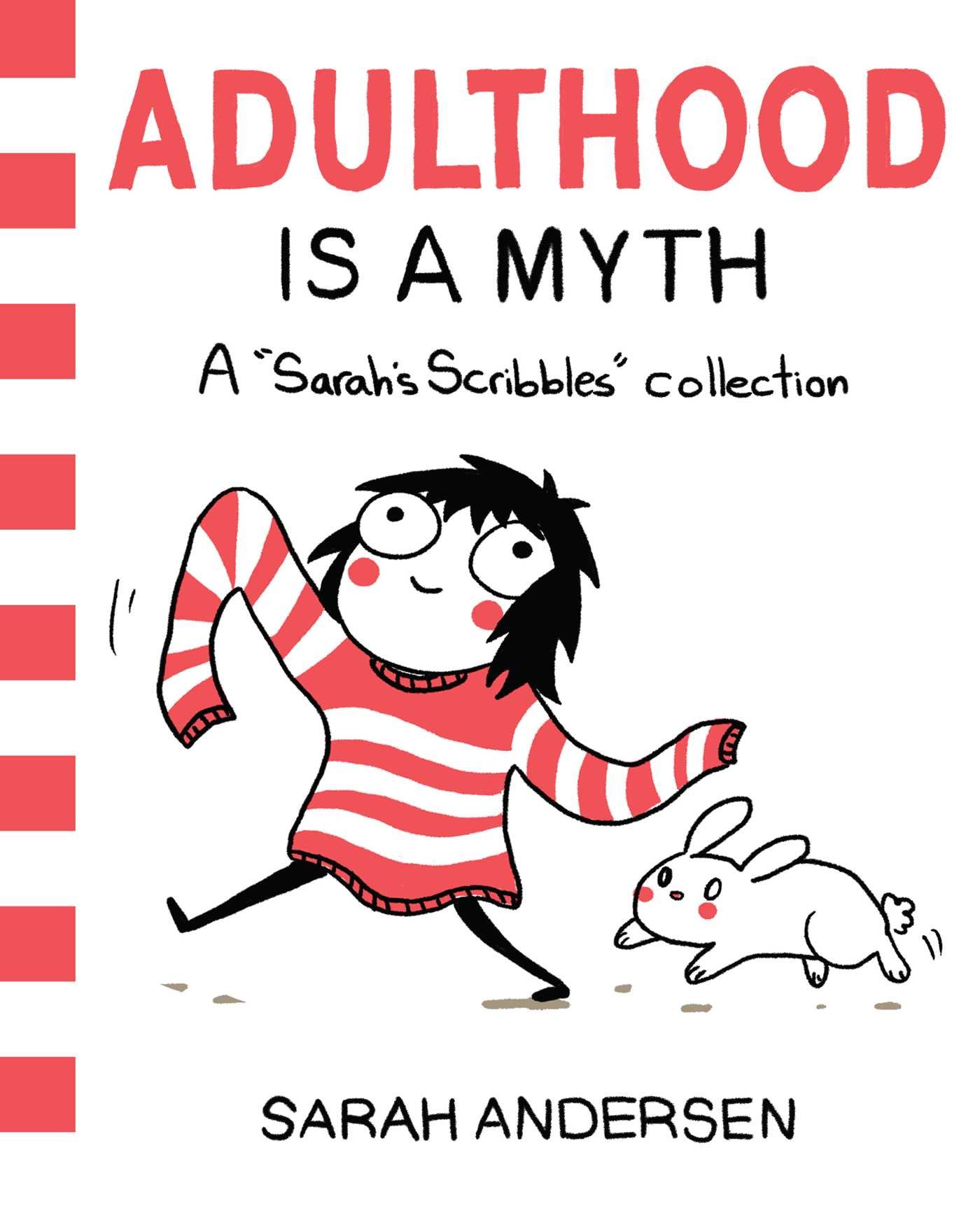 Since I’m still trying to work my way back into the groove of reading, I felt that the safest option was probably more comics. They’re short, they’re light, and they require more attention to take them all in, due to their more visual nature. And Sarah Andersen’s collection, Adulthood is a Myth, sounded like the perfect first choice. Having grown up during the days of tumblr, I was all too familiar with “Sarah’s Scribbles.” Of all the popular webcomics, hers was always the one I had the most personal connection with. The art style was rough, yet quirky, like Sarah herself. But it’s been a while since I read her comics, and even a while since I added this collection to my to-read list, so it was a nice forgotten gem amongst my oversized, mostly forgotten about to-read list when I finally referenced it again.

Reading it is like jumping back into those simpler days, when tumblr was thriving and not RIP thanks to their decision to nix “adult content.” When I was at my most anti-social and her comics felt closest to home. Now I’m just an introvert who’s out of his shell enough to be engaged to a woman who falls pretty in line with a lot of these comics too. And seeing my fiancee in some of these comics, ones that I might not otherwise have related to on a personal level, gave me even more of a connection to this collection than I probably would’ve had otherwise. Though I think we all can find something to relate to in Adulthood is a Myth. I’m certain that nearly every “adult” can relate to the sense that, as the title states, “adulthood is a myth,” that all being an adult is is having a different age on your ID and more expectations that you’ll have it all together, even when most are (at best) faking it and hoping nobody notices

Like Charles Schluz used kids to touch on more adult topics through their unique, childlike lens, Sarah Andersen uses adults to break down the myths people have about adulthood growing up, showing we’re all little more than oversized children. I know I am; as I type this, I sit next to an IKEA case overflowing (some has spilled out onto the adjoining bookcase) with random Pixar tchotchkes, and a bookcase lined with Squishmallows. In other words, I’ve taken two calling cards of being “adult” (in a sense), IKEA furniture and a full bookcase, and layered “childish” bric-a-brac all overtop of them. I’m my younger self, only with more money at my disposal to waste on silly shit. I’m the guy who, without shame, will order McDonald’s Happy Meals for those stupid toys if they’re from, say, the latest Pixar movie. And the difference between my fiancee and I is I don’t see the sense in hiding that. For some people it might be LEGO, for others it might be Harry Potter, for me it’s (mostly) Pixar. We all have some silly thing we collect and hold dear that others might find peculiar. We’re all pining for something from our childhood. We all are just faking it, hoping that we eventually “make it.” Adulthood is a Myth perfectly encapsulates that state of being, and I cannot recommend it enough, especially if you somehow went this long without hearing of “Sarah’s Scribbles.”