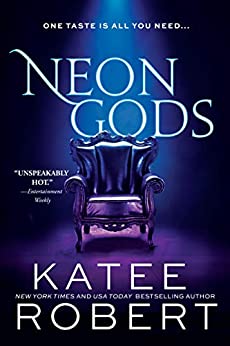 Persephone lives in deadly, glittering Olympus, where her mother is one of the leaders as Demeter. When her engagement to wife-killing Zeus is announced, she flees the upper city right into the arms of a man who wasn’t supposed to exist.

I came to Goodreads, I saw that this was a sexy Hades and Persephone retelling, I devoured the book. I liked the characters of Persephone and Hades, who both must wear masks of different kinds and buy into the way others see them to survive in such a cutthroat place. The way they let their guard down with each other was sweet. I thought the bonding moments between them, sexual and otherwise, were well-done.

However, this is far from my favorite Robert book. I felt like we didn’t get to really understand what sparked the attraction between Hades and Persephone – and instead felt somewhat hurled into the thick of things. I also wasn’t sold on the political maneuvering – surely Hades’s idea of showing off Persephone could have definitely been more thoroughly used to enrage Zeus.

Of course I’m going to read the next of the series, though. It’s a marriage-of-convenience! 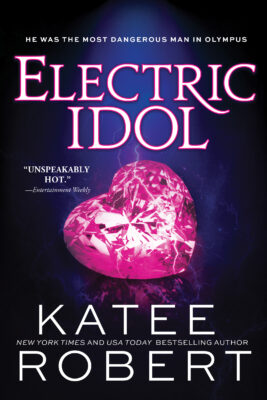 The woman showed me kindness once, and then I essentially followed her home like a feral cat and forced her to marry me.

When Aphrodite commands the death of Psyche, her son, Eros, can’t think of any way to save her but to marry her.

I love this book. The premise is just so enjoyable, and the characters distinct and lovable. Eros is that classic romance hero who believes he’s a beast undeserving of the heroine, but executed in a way that feels quite fresh. Psyche plays the game of Olympus politics better than her sisters, but she retains a kind heart. The theme of familial love and being accepted for who one is pervades the book. Though the story doesn’t follow the beats of the myth very closely, this seems to be the pattern set up in the series so I knew to expect it.

I think the beginning was the strongest part of the book – the whole sequence that leads to Eros and Psyche deciding to get married was *chef’s kiss* (alas I cannot think of a better way to express it). The ending picks up too, but the middle did slack a little. Otherwise, this would be a five star read for me.

I’m excited for the next book now!