> FAQ Home
> Genre: Fiction > Running away to the woods 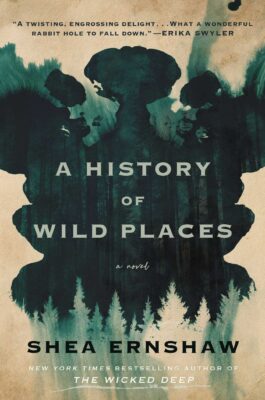 Maggie St. James is the author of five children’s books, a series called Eloise and the Fox. Her books are dark, creepy, and some think they are inappropriate for children. After a small boy dies after hiking into the Alaskan wilderness with a copy of her book, St. James walks into the wilderness and disappears.

Several years later, Maggie’s parents hire Travis Wren to find their daughter. Travis is a mess, barely keeping it together, but he has a talent for finding people. His secret is a form of clairvoyance – Travis can see “afterimages” of people by touching an object of theirs, or being in a place where they were. Travis’s search seems to be at a dead end, until he gets a one-word clue: Pastoral. Travis thinks he may be on the trail…and then he, too, disappears.

That’s the first section of the book, and sets up what seems like a fairly standard suspense novel. But then we get to the next section, and the tone changes completely. Now we are in Pastoral, the elusive idyllic community in the mountain forest. The people of Pastoral have no contact with the outside world, living in complete self-sufficiency. Calla and Theo share a farmhouse on the edge of the community, along with Calla’s sister, Bee. Each of them, of course, are harboring secrets, and Pastoral is not quite as idyllic as it seems.

The rest of the book follows our trio as they start to unravel the mystery of what has gone wrong in Pastoral, and how our initial story of Maggie and Travis connects to the isolated community of Pastoral.

Ultimately, it’s not the mystery of What Is Going On that was the most compelling part of this book for me. What drew me in was how the characters deal with the situation in which they find themselves. What do they do once they know the truth about Pastoral? How do you deal with the parts of yourself that you can’t seem to reconcile?

Also, side note, there are excerpts of Eloise and the Fox scattered throughout the book, and now I really want to get my hands on that series!