> FAQ Home
> Genre: Mystery > “It felt strange. I was about to read one murder mystery while sitting inside another.” 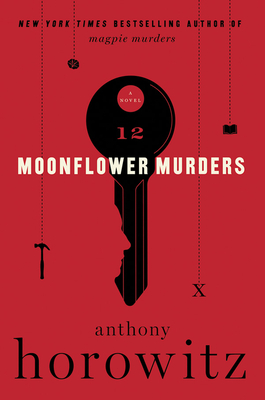 What a fun, twisty (not so) little whodunnit.

I was skeptical about this one, because it seemed on the surface like it would just be the same thing all over again, when the resolution of the first book would seem to make that impossible. But he made it work! I should have trusted. This is a 600-ish page book that I read feverishly in about two days one weekend in July.

Some spoilers for book one below; you have been warned.

We return to former book editor Susan Ryeland as our main character. She’s now living in Cyprus with her partner Andreas, running a small hotel. It’s running her a bit dry and she’s beginning to have doubts about her choice to take on the whole endeavor and give up editing. This time she’s drawn into a murder mystery once again involving her former author, Alan Conway (now deceased), and his famous detective protagonist, Atticus Pünd. She’s approached by a couple who have traveled all the way to Cyprus because they know she was Conway’s editor, and they think Conway knew the answer to a mystery that has been plaguing them, and which may be responsible for the disappearance of their daughter. The couple, the Trehearnes, run a hotel in the English countryside where Conway once came to stay, and who wrote a book based on his experiences there trying to solve a murder that happened there on Cecily’s wedding weekend. They believe Cecily read the book, also solved the murder, and that is the reason she has disappeared. They want to pay Susan a goodly sum of money to come to England look into Cecily’s disappearance.

This of course means she dives back into one of Conway’s books, one she hasn’t read in years, and we in turn also get to read another book within a book.

I enjoyed both mysteries, and I thought it was clever of Horowitz to dive into Conway’s back catalogue, and perfectly apt that the little shit would have cannibalized a real-life tragedy for his fiction, not caring how he portrayed real people in the process. I also appreciated that Susan was not just a cypher here, she actually had quite a bit of character growth as a result of everything that happens.

If you’re looking for a double dose of whodunnit with a splash of meta, this book captures that magic again, just as the first one did.