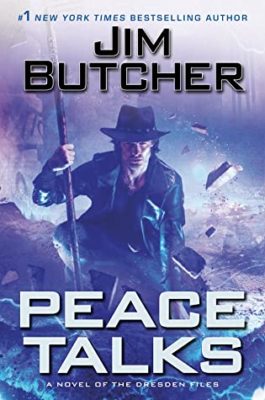 Let’s be honest, if you are reading this review then you are probably a big fan of the Dresden Files already. These are books 16 and 17 in the series after all.  It had been a while since we last saw Harry and the gang and I was really happy with his return. I first started the Dresden Files back in 2012 or 13 and read books 1-10 in an obscenely short amount of time, like a month. I was deployed and very bored at the time. I came home and Cold Days (#14) came out and then a few years later it was Skin Game (#15). I found it a little tougher to get really into those the same way because my start was so much Dresden all at once. I found the books really repetitive as each book reminded us who all of the characters were but I REALLY like it now. After a few years, five or six I think, I forgot some names and some significance so I really appreciated the re-introductions. That said, I think it was obvious that this was original one book that grew too large and split into two. The division was smooth enough but as a result it was one book of all introductions and build followed by a book of all action and climax. I’m really glad I read them together and back-to-back.

As a result, I will always look at these two as one book and I am very happy with it (them). These are 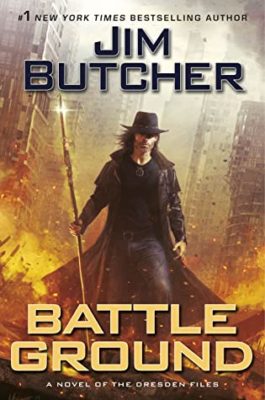 the first Dresden Files that I listened to as I was not a big audiobook guy when the last one came out. I’d listened to some of the short stories as an audiobook and I liked James Marsters narration in them. After listening to full novels, I REALLY like his narration. He absolutely nails Harry.  I found myself staying up late to listen to both books. That is not normally my style but I enjoyed them that much. I walked over three miles between my dining room and kitchen one night as I finished Battle Ground. Part of that was that I finished the chapter wherein we saw the death of a MAJOR character and I needed, no, CRAVED, resolution. As always, I like it when the stakes matter and in books where people can die, important characters should not be immune to death. That said, ugh, this one sucked and probably forced my listening while pacing in the wee small hours.