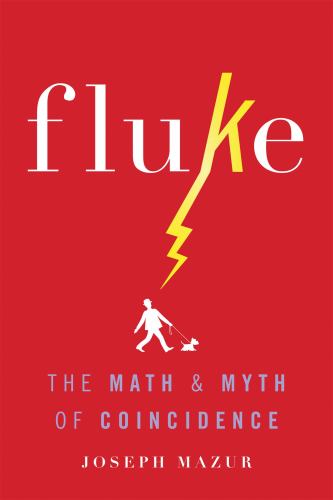 I really liked this book, even if it felt a bit like homework. (I guess I shouldn’t have been that shocked given that it’s a math book about coincidence, rather than a coincidence book with math.)  It’s the sort of book I wish I had been assigned in school; I never liked math in the abstract and could only retain it when it had a relationship to the real world. I hated algebra until I took chemistry and could use it to balance equations.

This actually goes through the math and calculates the likelihood of various improbable coincidences and evaluates how unlikely they truly are. Being an English Major, I obviously preferred the first half – anecdotes of serendipitous encounters – to the second half, breaking down the mathematical chances of each happening.

That being said, knowing what the book was about, I started thinking about the anecdotes more critically as I was reading them, thinking about how likely it would be, for instance, to have two people with fairly common names meet up at one location and accidentally be looking for another person with the same first name in the same location for a different purpose. Or for one person to have an unusual food three times in his life, with the same acquaintance featuring in each encounter.

Even if your eyes glaze over the formulas (as, honestly, mine did – I think I spent double the time I would have on a book of similar complexity and length just realizing I looked at several breakdowns of pure math and retained nothing), thinking critically and mathematically (if not necessarily “doing” the math) about probabilities is a skill worth mastering.