> FAQ Home
> Genre: Fiction > The Beginning of a Beautiful Friendship? 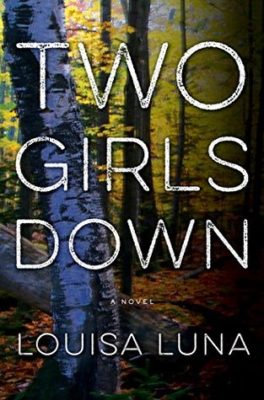 There are so many mystery series with a similar premise to Two Girls Down: Hardbitten private investigator teams up with disgraced former cop (also a PI) to solve a case the police can’t.

That’s not to say I didn’t like Two Girls Down, because I did. This is mostly due to the two main characters, Alice Vega (hardbitten PI) and Max “Cap” Caplan (former cop). Alice is the kind of character who’s fun to read about, because she’s unpredictable (and a total badass). I liked Cap, too, who’s a little pathetic, but I really enjoyed his relationship with his daughter.

The mystery involves the disappearance of two sisters from a strip mall. Their mother is a single mom whose family hires Vega because of her excellent track record in finding abducted children. She convinces Cap to partner with her on the case.

I was surprised I enjoyed it as much as I did, because stories involving kidnappings are NOT my bag, and I usually avoid them at all costs. I gave Two Girls Down a chance, and I’m glad I did. Like I said, while it certainly follows a formula, it’s still a good story within that formula. That being said, you can tell it’s the first book in a series rather than a standalone. Several references are made to Vega’s presumably tragic backstory, and while a little of that backstory is revealed I’m sure a lot more will come out in the following books. There’s also several references to exactly why Cap was kicked off the force, and once again I’m sure more details will follow in the books to come. The second book in the series has already been published and I think I’ll probably check it out. It’s nice to find a mystery series that’s exciting and suspenseful, without also being too gross or depressing. Two Girls Down fits the bill, at least, and I’m hopeful the follow up books will as well.