> FAQ Home
> Genre: Comedy/Humor > “Morituri Nolumus Mori … Er, roughly speaking, it means, ‘We who are about to die don’t want to.’”

It’s been a while since I’ve visited the Discworld. I usually try to read two or three a year, but I only managed to read one in 2019. Plus I had to track down a copy of this since my library didn’t have it, and then I never got around to reading it over the summer like I was supposed to. As always, should have read it sooner. This book tickled me.

This is actually considered the 27th full book of the series, despite it being about half the size, really only novella length once you take the full page illustrations into account. It’s a Rincewind book, so you know basically what you’re in for there, but this book also has lots of the other Wizards, and Cohen the Barbarian, and Carrot! Carrot is my favorite. The plot centers on Cohen and his Silver Horde of old geezer heroes going on one last adventure. They’ve grown dissatisfied with life as Emperor and his hangers-on after one of their companions died the ignominious death of choking on a cucumber, no sword anywhere to be seen. Cohen has got it into his head that he’s going to reverse what that first hero did so long ago, and give fire back to the gods. This will not go as he plans, and in fact, will result in all magic on the Disc being destroyed, and thus all life as well.

The Wizards learn of what’s happening and recruit a team to get to the Hub as fast as possible and thwart the Horde’s plans. This involves Discworld style space travel, in which a crew featuring Rincewind, Carrot, and Leonard da Quirm (the inventor) have to go over the edge of the disc in order to orbit around and then drop down in the middle again. Rincewind is there because he knows Cohen, but as is standard, is a wreck. Carrot is stoic. Leonard keeps inventing ridiculous things on the fly.

This is actually one of my favorite Discworld books so far. It spoofs space travel and heroic quests and religion, but there’s an undercurrent of melancholy and sadness over the ephemeral nature of life. Cohen is a ridiculous person, but he’s also a tragic character, a hero at the end of his life, with no more adventures to conquer. His plotline (in which he kidnaps a bard so that said bard will write him a saga) pairs perfectly with the three space-goers, as there were several moments of sheer beauty admidst the absurdity, where Rincewind and Carrot become possible the first humans to see the disc from space, and the elephant rises on the horizon. Paul Kidby really nailed all the illustrations. 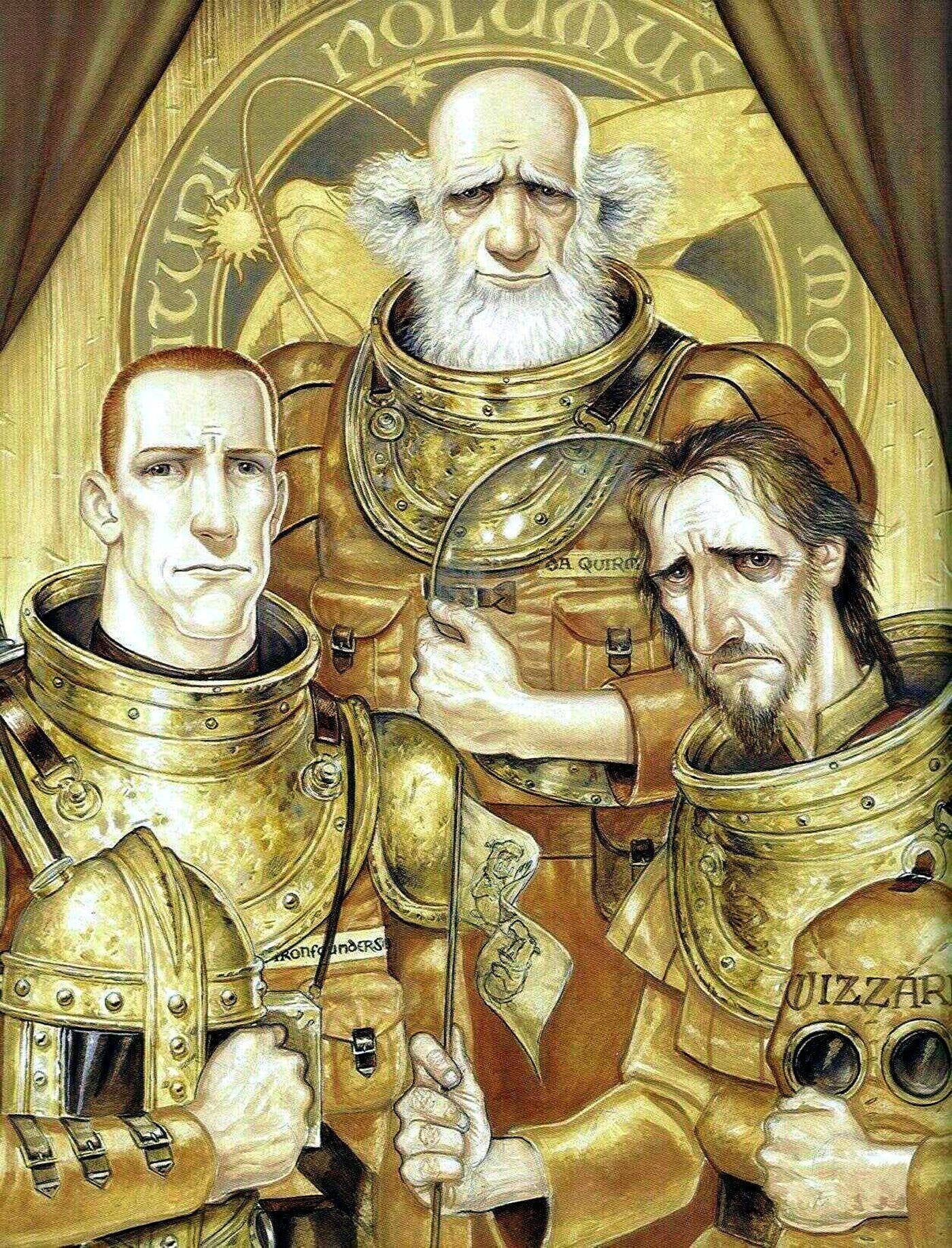 Actually, let’s talk about the illustrations. I wasn’t sure what to expect from an illustrated Discworld book. They’re often so absurd, it feels like a very hard task to try to capture the tone, which is often many things at once. But Kidby did it! His illustrations are gorgeous, first of all, especially the ones with the views from space, and involving the turtle and the four elephants. And they manage to capture the spirit of the characters, who always take themselves incredibly seriously, even as everything they are doing is patently ridiculous, and then he managed on top of that to also capture that constant feeling of sadness and anger that often permeates Pratchett’s work. I had a hard time not skipping ahead while I was reading, just to look at the pictures.

This might not be the best place to start with Discworld, as a lot of my enjoyment came with having known these characters already, but it’s definitely one you shouldn’t skip if you’re already a fan, and I’m glad I own my own copy.