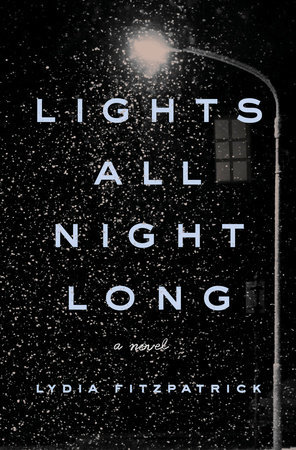 Bingo Update: Lights All Night Long counts as my Listicle square, since it was on our list of picks for my workplace book club. It also is the reason I went to my first book club meeting here!

Lights All Night Long is a multi-timeline story of two Russian brothers, the prodigy and the fuck up. Ilya is our prodigy, a young man with immense talent for English and education and therefore a world of possibilities spread before him. Vladimir is his older brother, less gifted and therefore relegated to the fate of many young, restless men in small, poor places – he turns to drugs and parties. The two boys couldn’t be more different, but they are bonded by a true and deep love for one another that motivates more of the story than you realize at the start. Ilya goes to America and Vlad goes to prison for murders Ilya is convinced he didn’t commit, but their differences matter less than the bond that keeps them together.

There are two timelines here – the time in Berlozhniki in the year or so before the murders and Vlad’s arrest, and Ilya’s arrival in Louisiana onward. The two are woven together very well, with Ilya’s contemporary American experiences influencing his memories of what came before. The transitions are easy to understand and follow, the two locations and times being so very different and Ilya being their only real shared DNA. The way both Ilya and Vlad grow and evolve as characters also makes it easy to track when and where you are; there’s a lot of great character development here.

There are parts of the narrative that were a little too convenient, most involving the way the story wraps, but for me it didn’t detract from my overall enjoyment of the book. I deeply appreciated the book’s conclusion, but to elaborate on why would be a fairly major spoiler. Suffice it to say that, for this reader, the correct choices were made in terms of each character’s fate.

Of particular interest in this book is the well researched treatment of addition. Huge content warning for anyone triggered by drug addiction – Vlad spends much of this book addicted to the infamous krokodil and Fitzpatrick does not shy away from the graphic depiction of it’s use, it’s results, and it’s horrifying side effects. What I appreciate is that Vlad is never truly a villain simply for being an addict – his choices are condemned for being poor, and they are. But Fitzpatrick seems to understand, in the way many do not, that addiction is a disease and there are a lot of factors that can lead a person down that road. It doesn’t make them bad people with bad hearts, just sick and sad. Vladimir is an incredibly sympathetic character, and I think largely that is due to the perspective being from Ilya. Even when Ilya loses the rose colored glasses he applies to the adoration of his big brother, he still loves him in a way that doesn’t allow for him to ever really accept him as a monster. This is part of why it is so easy for him to unflinchingly support the assertion that Vlad is innocent, despite Vlad’s confession to the contrary. He never loses faith, even when perhaps many would think he should. His certainty makes it easier to follow him as he attempts to find proof to exonerate his brother, and to root for his success.

This is a great read, and made for wonderful discussion in my book club. I definitely recommend it.