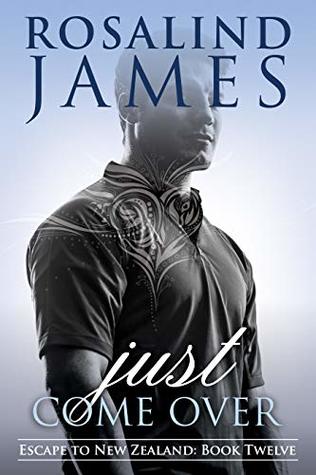 Bingo Update: This is my Birthday square. Rosalind James’ birthday is July 28th.

Look, you guys know the drill here. I adore this big dumb series. I know exactly how it will end before I get to the end of the first chapter, and I don’t care a whit. I love travelling to New Zealand in my mind and spending time with these characters, even with as trite and predictable and genre-fied as the stories can be. This is more of the same, so if you like the other ones, you’ll like this.

This time around, we’re focused on Rhys Fletcher, new coach of the Auckland Blues. He’s been in love with his sister-in-law, Zora, forever, but buried that impulse deep because she was with his shitty brother, Dylan. Now Dylan is dead, and Rhys is trying to help Zora and her son bounce back from the loss. Things are going ok until he realizes one parting gift his brother left him – a daughter in America that Dylan listed as belong to Rhys.

He’s a good guy – you know he is going to come take the kid and raise her like he’s actually her father. You also know that eventually Zora is going to find out. In the end, it’s not going to matter and the whole group will become a happy family. This is not spoiler territory, y’all. But it’s a lovely journey with characters I liked reading about. Zora is a strong, interesting woman who is living with the results of some bad romantic choices. Rhys is a wonderful brother and friend, and a good man. And there’s always the rugby. There’s also a dog wedding in this one that I can absolutely picture and stayed with me even now, months after having read the book.

Another solid entry to the Escape to New Zealand series. This is book TWELVE and, as far as I’m aware, Rosalind has no particular intention of ending the series in the future.