> FAQ Home
> Genre: Fiction > I read three thrillers about people getting murdered in remote areas — while attending a wedding in the literal woods

Luckily, the woods I stayed in were friendly, not murder-y. Still, my scenery definitely lent some atmosphere to my reading. 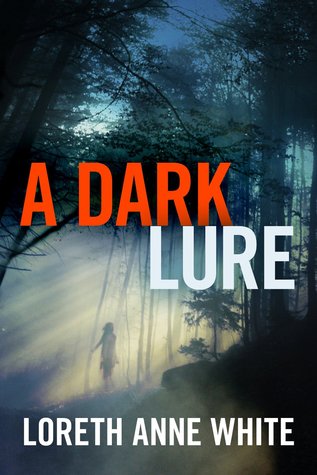 Scenery and atmosphere definitely make this book. It takes place in a remote part of Canada — where everything is covered in snow, people protect their own, and no one can hear you if you cry for help.

It is out of this environment that Sarah Lake stumbled 12 years ago, after spending an entire winter held captive by a serial killer. He was caught and identified by Sarah, and eventually committed suicide in prison. Now in present-day, Sarah has changed her name to Olivia, in an attempt to move on with her life. She’s working on a ranch, caring for the property owned by an older man who has become a father figure to her. When she learns how very sick he is, she contacts his estranged son to come home in an attempt to help the make amends. But his arrival stirs up her recollections of her time spent captive, and strange events begin to occur on the ranch which make her suspect that perhaps her killer is not dead after all.

“PTSD sucked. It was a dragon that lived inside her own head, shaking loose more and more nightmarish memories, each one prompting another like dominoes tumbling.”

This is a good, creepy book. The events that Sarah, now Olivia, lived through were terrifying. So the fact that her killer might still be around, and possibly stalking her in a blizzard on a ranch in the middle of nowhere really elevates things. Her contentious relationship with the son of the ranch owner adds to some excellent tension. As does the investigation by a rogue cop who also does not believe that her killer was really brought to justice.

This is the first book I’ve ever read by White but it was really very well done. I quickly picked up the second in the series, which I’ve reviewed below. 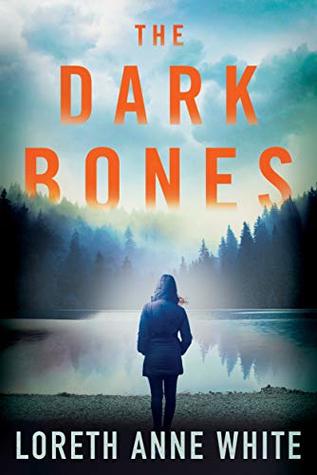 The Dark Bones is only tangentially linked to A Dark Lure . There’s a little bit of crossover from characters in the first book to the second, but not nearly what I was expecting (or hoping — I got pretty attached to Olivia and Cole). It does take place in the same area however. Rebecca North grew up in a rural area of Canada, but left as a young woman to pursue life elsewhere. She has managed to mostly stay away, but ends up back in town when her father apparently commits suicide. Suspiciously, his remains were destroyed in a house fire. What the reader finds out immediately but remains a mystery to Rebecca, however, is that two teenagers accidentally caused the house fire, and may have witnessed more than that.

“The past doesn’t always have to write the future.”

This is a book all about digging up a hard past. When Rebecca was a teenager, her boyfriend Ash cheated on her with a girl who later disappeared, along with that girl’s boyfriend. Rebecca  never spoke to Ash again, but he is right in the center of her investigation into her father’s alleged suicide.

White does a great job of creating a small town full of angry alcoholics and gossips. Ash’s actions cast him in a certain light, while his backstory gives us a completely different picture. I found the ending a little bit disappointing, because it didn’t seemed to flow easily from the story. But the story itself was gripping and well written.

The Last Time I Lied by Riley Sager

The Last Time I Lied takes place at a summer camp for spoiled rich girls. Part of the story occurs 15 years ago, while the rest takes place in present-day. Both center around a camper and eventual counselor named Emma Davis. 15 years ago, Emma was a lonely 13 year old girl, rooming with three older girls at the camp. One night the other three went missing and never came back. Emma has fought her demons regarding their disappearance for years. When the rich woman who runs the camp decides to reopen it for one final season, she invites Emma back as a counselor. But Emma can’t quite get a grip on her past. When strange events start to happen again, she begins to wonder if she is being haunted by her friends from so many years ago.

“Sometimes the only way out is through.”

I will always be frustrated by protagonists who could have solved a lot of their problems by just telling someone, “Hey I think I’m being stalked and/or I’m going crazy, maybe could I get some help?” But obviously that’s never easy as it sounds (in books or real life), and it does make for a great narrative device. Alternating between Emma’s memories of the past and her experiences in the present, Sager does a great job of creating an unstable and unreliable narrator. She also does a wonderful job portraying the relationships between teenage girls, especially when they are shoved into a cabin and forced to become friends over 6 weeks.

While there were definitely a few parts of this book that made me roll my eyes, overall it was a great read and it had an absolutely fantastic ending. I bumped it up a star alone based on just the last few pages. It was unexpected but worked perfectly.