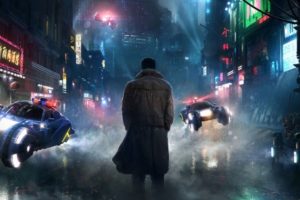 William Gibson’s Burning Chrome is a collection of 12 science fiction short stories that were written in the late 70s and early 80s and have been published together.  I would almost certainly never have picked up this book on my own- it joined my book collection after being abandoned by an old roommate, who had herself picked it for a college Science Fiction Literature class (which hints at how long this book has been knocking around my apartment).  Despite this not being my usual jam, I really enjoyed several of these short stories.  “Johnny Mnemonic” is the only one that had any name recognition for me (Keanu’s movie version sticks in my mind, although I couldn’t have told you any of the details), and it was one of my favorites- I’m guessing it was one of Gibson’s too, as it looks like he turned it into a stand-alone work.  For those of you who missed the Keanu movie (which I now need to go back and watch), the eponymous Johnny has a storage drive implanted in his brain, and he’s on the run from the people who want the information on that drive.  The world that Gibson creates in this story feels very much like the one reflected in the recent Blade Runner movie, and while his language isn’t always clear (he drops in a lot of terminology without explaining it, like another language that he doesn’t translate for you), I could get the gist (ie: so that’s a noun I don’t know, moving on…).  Despite this sometimes confusion/ frustration, his language can be strikingly beautiful: “…the Killing Floor rose and fell like a crazy metal sea.  And Molly danced on it.”

The collection as a whole is a bit hit or miss- the stories referencing the Russians and the Cold War have not aged as well as the others- but when Gibson hits it, he really hits it.  Aside from “Johnny Mnemonic”, the standouts for me were “The Belonging Kind”, about robot shape shifters and the maybe human that was stalking/becoming them, and “The Winter Market”, about an ill and possibly dangerous woman whose powerful dreams become commodified as hit video games.  The worlds that Gibson has created in these stories feel lean, sharp and timeless.  I’m not sure if I’m a science fiction convert, but this book really reminded me to keep my mind open as I’m choosing what to read next.