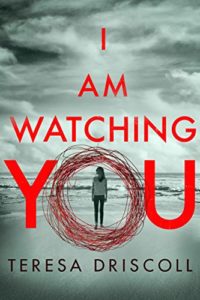 Sarah and Anna are best friends, excited to be done school, ready to blow off some steam in the city before they take their A Levels later that summer.  Full of verve and vivacity, they catch the eye of Ella Longfield, a middle aged mom headed off to attend a florist’s convention.  They also catch the eye of two handsome young men that seem very taken by the ladies, buying them beer, flirting and to the horror of Ella, sharing honestly that they had both just been released from prison.  Having overheard where the girls are from, she considers calling the police in their small hometown to get ahold of their parents to have them call them or something…but she realizes that it’s probably an overreaction, and she probably wouldn’t even connect with their parents.  Regret over this decision occurs the next day when Anna’s face is splayed all over the news outlets as a missing person.  Ella comes forward and shares all the information that she can, feeling responsible for not stopping the girls from talking to the former convicts.

A year later and Anna is in the news again. She’s still missing, but the family hoping for a surge of new information.  At the same time, Ella begins receiving threatening post cards in the mail, cut out and menacing– clearly aimed at her because of her “involvement” in Anna’s disappearance.  Ella hires a private investigator named Matthew who’s no longer on the police force, to investigate whether or not Anna’s mother is behind the threatening postcards and if so, to ask her to stop.

Shame and secrets seems to be the name of the game in this book.  Anna’s disappearance and possible death is really just a footnote in comparison to the guilt most of the main characters feel due to the information that they’re keeping from one another either about the night Anna disappeared or other secrets. As they slowing start opening up and sharing their information, Matthew and his former partner on the force are able to figure out what actually happened to Anna on that fateful night.

I read this book on the plane on the way to Charleston, SC so it’s a very quick read.  It’s also a pretty disturbing read with the subplot of Sarah and her sister (I’m just going to spoil this part for you CW: molestation)

it involves their father molesting them), I don’t know why that needed to be included in the book except that it paved the way for Sarah’s promiscuity to be based off of that, rather than you know, just having a character healthily enjoying sex with multiple partners. I really did not like that part of the book at all. If you like books where all the characters make bad decisions and can’t talk about their feelings, this book is for you.  Also if you like wasting time (I mean like a LOT of pages) on red herrings with zero payoff, this book is also for you. If you like details about characters that don’t seem to matter (like the detective becoming a father? or the long descriptions of the very nice emotional cult Sarah’s sister is in?), this is definitely your book.  This all sounds very harsh. The book was fine, it just wasn’t exactly what I was hoping for.