> FAQ Home
> Genre: Fiction > I hate when this happens.

Have you ever expected to love something in pop culture — simply because everyone that you know and trust has loved it before you — and then been totally crushed when you just don’t?

Recently, we rented the movie The Big Sick. I had been waiting for weeks to see it and just knew I would love it. I think Kumail Nanjiani is hilarious and was obsessed with the story about how he fell in love with his wife.

So I thought I would love it. And I didn’t. I really, really didn’t. Something about it just rubbed me the wrong way and I was really annoyed — both by the film and by my reaction to it. And I don’t really know why.

And that’s how I felt about this book.

I expected to love it, based upon all of the positive reviews I’d read here and on goodreads. It seemed like it was totally in my wheelhouse and I practically skipped home from the library with excitement when I picked it up from the reserve desk.

But I didn’t love it. I don’t think I even liked it. And I once again find myself annoyed by my own opinions. I should have loved this book. And I’m sorry I didn’t.

Here’s the blurb from Amazon:

Henry “Monty” Montague was born and bred to be a gentleman, but he was never one to be tamed. The finest boarding schools in England and the constant disapproval of his father haven’t been able to curb any of his roguish passions—not for gambling halls, late nights spent with a bottle of spirits, or waking up in the arms of women or men.

But as Monty embarks on his Grand Tour of Europe, his quest for a life filled with pleasure and vice is in danger of coming to an end. Not only does his father expect him to take over the family’s estate upon his return, but Monty is also nursing an impossible crush on his best friend and traveling companion, Percy.

Still, it isn’t in Monty’s nature to give up. Even with his younger sister, Felicity, in tow, he vows to make this yearlong escapade one last hedonistic hurrah and flirt with Percy from Paris to Rome. But when one of Monty’s reckless decisions turns their trip abroad into a harrowing manhunt that spans across Europe, it calls into question everything he knows, including his relationship with the boy he adores.

This book should have been like catnip to me. But I simply didn’t find any of it endearing. I thought Monty was kind of an asshole and didn’t find him charming at all. I mean, I get that his whole life has been a lie and that his father is pretty much the worst person in the world, but his behavior annoyed me. And it totally bugged me that none of the characters were able to communicate with one another without copious amounts of alcohol.

But there were a few things I did like.

I liked Felicity and wanted her to succeed with whatever she finally decides to do. I’m glad she didn’t turn out to be anything like she was expected to be. I hope she kicks ass as an amazing doctor out at sea with the pirates.

I appreciated the historical aspects of the story. That homosexuality was in no way tolerated, that a man couldn’t be considered a gentleman if he wasn’t 100% white, that even the smartest woman had no chance to receive an education, and that a simple affliction like epilepsy would more or less be a death sentence.

I really did enjoy the descriptions of Venice, Versailles, and rural France and Spain…What it was like to travel by coach…How smelly people got without a full staff to launder their travel trunk filled with very heavy clothing every day…and how generally clueless wealthy men were about everything that occurs in their lives on a daily basis (the fact that Monty was not even capable of making tea killed me).

But in general, this book wasn’t for me. I hope everyone else out there enjoys it more than I did (and it certainly seems like they are!).

Last note: I could not deal with the cover of this book. I kept seeing Hayden Christiansen as the model for Monty. NO thanks. 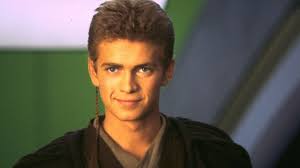