Registration Is Open! Sign Up Today
> FAQ Home
> Genre: Romance > Wasn’t this a Jennifer Lopez movie? Well, except for the murder… 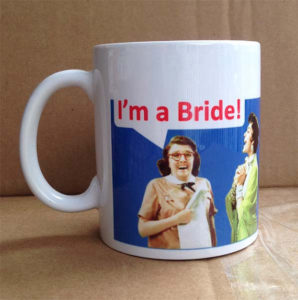 I know romance novels have a fierce fanbase here at CBR, but I have never really been part of it. However, my mom loaned me this because it’s about a wedding planner in Atlanta, and I live near there and have been navigating the fraught waters of wedding planning for what feels like eons now (nine more days, eeeeeeeep!). Hopefully there will be no murders and no bridezillas before then.

Jaclyn Wilde is a stressed but successful wedding planner who runs her own event business with her mother. She’s a busy working woman who doesn’t have time for love, but when she literally runs into a handsome cop (Eric Wilder – yes really – Wilde and Wilder), it’s like the universe is demanding that she have a one-night stand. Things get complicated after when Jaclyn’s most horrible bride gets murdered (death by catering kebab skewers!) and she’s the main suspect, with Eric, naturally, the lead on the case.

The mystery was good, and some of the wedding stuff was funny (mostly of the “glad it’s not me” variety). However, the romance tropes just leave me cold. Eric is the typical alpha male we’re supposed to swoon over, who delights in pissing off the prim, organized, collected Jaclyn and making her so angry she loses control. ‘Cause that’s what you want in a suitor. Then when she’s cleared of suspicion but then someone starts trying to kill her, he becomes all possessive and protecty and I think I’m supposed to swoon more. But for example, at one point he “rescues” her from an overly-assertive wedding guest who’s dragging her to the dance floor and then…forces her to dance with him to make her feel better. Dude. That’s not rescue, that’s just territorial.

As far as romance novel wish-fulfillment goes, I was more drawn to the loving descriptions of comfort food (brownies and muffins) than I was to the studly take-charge cop. I’d give it maybe 2.5 stars for the mystery, and 1.5 for the cookie-cutter romance. Sorry, Mom!