> FAQ Home
> Genre: Fiction > It’s probably not normal to say this book reminds you of your childhood 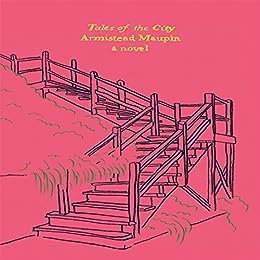 It’s true, though–Tales of the City always reminds me of my childhood, because of how much I adored the PBS series when I was younger. I think I was 11 or 12 when I first saw it–my parents and I were watching it, and about ten minutes in, the nudity started. I remember my dad asking my mom if she thought I was too young to be watching, but they let me watch anyway. And I’m glad they did, for 2 reasons: 1) the scene where Mona Ramsey yells, “Crotch crotch CROTCH!” at a bunch of old white men was a defining moment in my burgeoning feminism, and 2) there is really nothing like Tales of the City to show a kid from a small town that there are other ways to live. The show taught me about quaaludes, transgender issues, bathhouses, bisexuality, and so many other topics that really came in handy as a 12-year-old in rural Indiana.

I used to own a VHS copy of the series and I watched it repeatedly. It’s probably been 10 years or more since I last watched it or read the book, but reading it this week, I could still hear the actors’ voices in my head, saying their lines. Tales of the City, for those who don’t know, is a serial novel that was first published in the San Francisco Chronicle in the 70s. It follows the lives of several people in San Francisco, most of them young, single and promiscuous.

Since it’s a serial, it’s a very easy read that goes by fast–each chapter is no more than a few pages. It’s a silly book–let’s establish that right away. Silly, but important. The version I read had an afterword from Maupin where he reminisces about the editor at the Chronicle who kept track of how many LGBTQ characters were introduced, to make sure they didn’t outnumber the straight characters. In its time, Tales of the City was groundbreaking. It’s still fun, soapy, escapism that’s a nice break from the real world.