The Running Man (1982) by Stephen King (3.5 stars)
-not previously reviewed for the CBR

Written as Richard Bachman, King’s introduction to this edition lays out his reasons for creating the pseudonym and, ultimately, killing him off following the discovery. Given his reasoning (which is basically that he wanted to try something different and test his success), I’m left wondering if King has other pseudonyms out there we don’t know about. I’ve wondered that about J.K. Rowling, as well.

I’ve never really been interested in reading this. I’d always associated it with the Arnold Schwarzenegger movie (which I think is pretty terrible). It’s mostly been mentioned in connection to The Hunger Games, which also didn’t really excite me.

Which I think is somewhat unfair. This book is about Bernie Sanders with a gun.

Ben Richards signs up for what is essentially a state run reality program where contestants are hunted by the entire country. They get money for the length of time they survive. Or, rather, their family does. What I found compelling isn’t the game, though, it’s the society that would give birth to such a game. This dystopia could only be created by a disappointed liberal who saw the turmoil of the late ’60s give way to the unmitigated defeat of the ’70s and conservative excess of the ’80s. Rampant urban decay, class division, widespread poverty….it’s a kind of social disintegration that can only arise when youthful idealism has been crushed by the reality of Richard Nixon, Jimmy Carter, and Ronald Reagan.

If there’s one, overriding thought expressed here it’s that to be poor does not equate with being stupid, or lazy, or incompetent,  and that our society doesn’t recognize this easily.
Stephen King created Richard Bachman so that he could give voice to a darker part of himself – which sounds odd considering the subjects he typically explores. But I see what he’s getting at. This isn’t a hopeful story. The every man can’t succeed, here, because the world won’t let him. This isn’t the reality King typically inhabits. It makes for an effective story, but it’s told with a voice that isn’t King’s. Which is a shame, because this is the voice I look for in his pages. It gives the darkness a warm that it otherwise doesn’t have.
If your only knowledge of this story is from the movie, read the book. The two are unrecognizable as being the same story. Most of the social commentary is gone, and Richards is an entirely different character. As much as the book embodies the jaded worldview of a 70s liberal, the movie represents the vapid excess of the 80s.

Do both to his prodigious output and perpetual placement on bestseller lists, Stephen King is frequently classed with that common brand of popular fiction typically found in airport bookstores. I think many see him as the Michael Bay or the Puff Daddy (P-diddy? Sean Combs? I don’t even know if he’s still doing anything) of the literary world: he’s made both himself and a host of other people very wealthy, and therefore shouldn’t be considered too closely when talking about his era’s great writers. Add to this the general malaise for genre fiction, and you have a perfect storm, I think, for the dismissal of a master craftsman.

King lives comfortably within the texture of life. He is perhaps best known for his grand flourishes (scary clowns, diseased dogs, plagued wastelands, etc), but it is the small details of a life honestly lived that make his stories so compelling; all told with the calm and relaxed voice of a kindly uncle sitting on the porch on a warm summer day.

This isn’t a terribly complex book, and few, I’m sure, will list it among King’s best, but it is an expertly crafted novel about aging, memory, and the inescapable power of fallen idols. It just so happens to exist around the framework of a Lovecraftian horror, and is told with the atmosphere straight out of HBO’s short-lived Carnivale.

The novel follows Jamie Morton from childhood through adulthood into middle age as he experiences the highs and lows of love, loss, drug addiction, and renewed purpose. Morton’s life is occasionally interconnected with a some time itinerant preacher and mad scientist long haunted by the death of his family. The supernatural elements are enticing, but this book truly shines when it follows Morton and explores how aging changes him. If you come for the horror, don’t be surprised if you stay for the characters.

Ur is a novella that was written in only three days for the Amazon Kindle. That is mind blowing.

The story is pretty straight forward: an English professor is dumped by his girlfriend for being too old-fashioned. To get back at her he buys a Kindle, except he is inadvertently sent one that can access books and newspapers from alternate worlds. He quickly gets lost in books written by Hemingway and other writers that don’t exist in our reality, before uncovering alternate historical events (like one where the Cuban Missile Crisis that didn’t end peacefully).

There are also some fairly obvious Dark Tower tie-ins, if that’s your thing (I’m not a fan, actually).

Like most of King’s oeuvre, what sticks with me most are the small details that King gives the characters. They feel more real, more authentic. His characters have flesh to them, and feel familiar. Like childhood friends, I remember them long after the details of their adventures become hazy. So even a middling story can leave something with me that is meaningful and pleasant.

I’ve tried reading Get Shorty a few times, but never made it far, but I enjoy the show Justified enough to give these books a shot. And I’m not terribly impressed.

I can’t really point to any glaring failure on the part of the books, but nothing really interested me. The characters weren’t particularly likeable or memorable, the writing did it’s job, but didn’t excite me, and the plot…well. I read this book a few weeks ago, and can’t really remember what it was about. Raylan Givens is a federal marshal and former arms instructor who’s….trying to track down a bookie named Harry Arno who stole money from the mob. He ends up in Italy defending Harry from some hitmen, and SPOILERS……………….falling for Harry’s girlfriend.

It’s not that this is a bad book – by any means – but it’s somewhat remarkable that an excellent show was born from it. Maybe it just needed Timothy Olyphant to make it compelling.

Okay, I actually had to look up the plot to this book. I remember the characters more than what happened to them, so that can’t be a good sign. Once again, Raylan Givens has to rescue Harry Arno from some thugs. This time, his relationship is the one on the rocks. That, to me, is the only discernible difference between the two books.

The whole time I was reading this, I kept wanting to see Raylan back in Kentucky fighting of racist hillbillies. It doesn’t happen (at least not in the first two books). If you find yourself itching for some Raylan, I feel like you’re better off giving the show a re-watch. 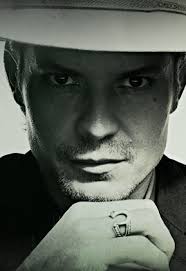 It’s quite remarkable how Adolf Hitler isn’t remembered today for being a failed revolutionary, for that is precisely what he should have been. This book is not as prosaic as a telling of his rise to power, Range attempts to understand how his initial stumbles not only didn’t stymie his ascendancy, but were actually used to propel him towards the Chancellorship.

It’s also impossible, given all that’s going on right now, to not draw direct lines to current events: from the rise in nationalism through Europe and the US to the political upheaval that’s currently taking place across the political divide here in America. Indeed, for the last year or so, comparisons have been made between Donald Trump and Adolph Hitler. It’s almost impossible to not do so. From the cult of personality developing around him, to the flouting of truth and knowledge, to the exploitation and manipulation of his audience, to the direct threats of violence and intimidation, it’s not hard to understand why the comparisons come so readily to hand.

Instead of showing why these comparisons don’t hold water, I found it an inescapable undercurrent throughout this book. At the end of every description of how Hitler turned the press to his advantage, or converted every failure into achievements, there was left unsaid the question, “does this remind you of someone?”

Apart from the unforeseen relevancy of this book, it is a compelling read, and I think Peter Ross Range came at this subject with insight and intelligence. If you want to know how the quintessential megalomaniac rose to power in post-WWI Germany, this is a great book to delve into.