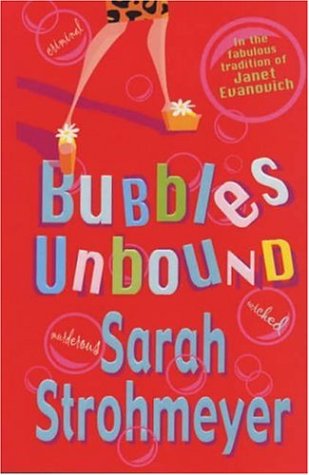 Sometime you just need to read something silly and fun. If that’s the case, the Bubbles mystery series fits the bill.

Bubbles Yablonsky (yes, this is the name on her birth certificate) is a hairdresser in an industrial town in Pennsylvania. She’s a single mother who wants to make a better life for her daughter, and decides to become a journalist. Through a bizarre but pretty entertaining series of events, she stumbles over a dead body, and nearby finds the car that ran him over. Inside the car, passed out in the driver’s seat, with a liquor bottle nearby, is the wife of the most powerful man in town (the owner of the town steel mill).  Realizing this is her big break, she writes an article that points to the wife as the murderer. Naturally, the steel mill’s owner takes offense and things start to go south for her, including several attempts by the big guy’s goons to take her out of commission. As she continues to investigate, she finds connections to a suspicious suicide of a high school girl from 10 years earlier.

Wikipedia describes her, hilariously, as “a kind of hybrid between Marilyn Monroe and Columbo.” Bubbles is great. I found myself laughing out loud several times during this book. There are some suspenseful moments, but overall this book is nothing but fun. It’s similar to the Stephanie Plum books by Janet Evanovich (even says so right on the cover!) but I actually liked this better. Lower stakes, less violence, just a fun read. There’s some suspense, but Bubbles is written as a very go-with-the-flow type person which negates a lot of the tension. If you’re looking for a quick, fun read, maybe for a plane ride or a vacation, this would be a good choice.