Registration Is Open! Sign Up Today
> FAQ Home
> Genre: Fiction > Everything is improved with Ben Foster 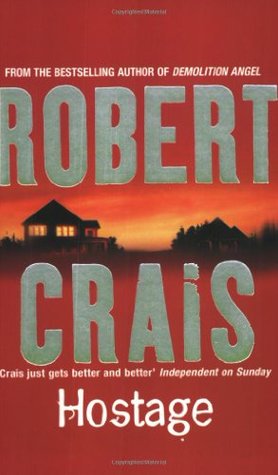 My husband & I were watching the movie version of Hostage last week, and I looked up something about it on IMDB. I noticed that it had been based on a book — I had no idea! — so I checked it out from the library. It’s pretty decent, though it’s hard to separate it from the movie I’ve seen so many times.

The book starts with a failed hostage negotiation — one that ends badly. Jeff Talley, hostage negotiator, isn’t able to save a young boy from being shot by his father. Fast forward a couple of years, and Jeff has taken a job as chief of police in a little town. His wife and daughter don’t live with him anymore. He’s trying to get his life back on track, but everything gets derailed when three teenagers kill a shop clerk in his town, and then hole up in a mansion — with a man and his two kids as hostages. Unfortunately for everyone, the owner of this house also acts as an accountant for the mafia — and he has sensitive information within his home that they’ll do anything to recover, up to and including attacking Jeff’s family

The main conflict in this book comes down to Jeff choosing between saving the people in the house, or saving his wife and daughter by doing what the mafia wants. It’s not a bad plot, and the behind the scenes negotiation stuff was interesting. I do feel like the movie improved one area immensely — the character of Mars, the psycho who escalates the violence within the home every chance he gets. He’s pretty freaky in the novel, but Ben Foster plays the character very differently in the movie — to great effect (I love Ben Foster). Basically, if you’re only going to watch the movie OR read the book, I would recommend the movie. But the book was pretty good, too.