> FAQ Home
> Genre: History > We’re not going back to this 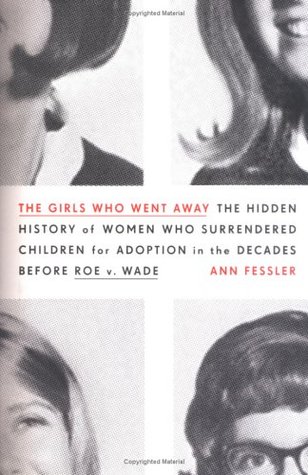 The 2016 presidential election is already causing a lot of hurt feelings. Over the last couple of months, I’ve heard some friends draw lines in the sand. If this person doesn’t get the democratic nomination, I’m not voting. Or I’ll vote for the Republican. My vote will only go to the candidate that matches my viewpoint 100%.

I respect your right to have an opinion and all, but I have a message for you (and if you are still planning to vote Republican, you are excused. There’s no reasoning with you). But for the rest of you: listen up, fucksticks. Get your head out of your ass, haul said ass to your local voting precinct and VOTE FOR WHOEVER HAS THE (D) NEXT TO THEIR NAME THIS IS NOT A GAME. I get it, some of you don’t like Hilary. Or Bernie. That’s cool. They’re imperfect. But three Supreme Court justices could retire (or you know, die) during the next presidency, and I will be damned if human dildo Ted Cruz or expired lump of Play-Doh Donald Trump has the power to replace them. Look around: more and more women’s health issues will be reaching the Supreme Court over the next few years and when that happens, we better have at least five Justices who see women as people. Because I am not going back to the time before Roe v. Wade.

When people talk about that time, they usually focus on the women who had illegal and dangerous abortions.  But there’s another group of women I rarely thought about-the women who gave their children up for adoption. Their stories make up Anne Fessler’s fantastic The Girls Who Went Away.

Between the end of World War II and the legalization of abortion nationwide in 1973, more than a million and a half unmarried women were pregnant. Many of them were teenagers, with virtually no sex education. Regardless of how these women felt, keeping the babies was not an option. The neighbors would stare. The family would be shunned. Many of these women raced to the altar and then delivered healthy “premature” babies about 6 months later. Others were shipped off to maternity homes. Days after their child was born, the women signed away their parental rights.

Fessler had already collected about a hundred stories from women who gave their children up before she met her own birth mother. She knew that these women-girls really-were never really the same after surrendering their children. They were called whore by their families, their child’s father managed to get off scot-free, doctors and nurses could be cruel to them, and no one thought to prepare them for what would come after childbirth. The women who wanted to keep their babies were told they weren’t worthy to be mothers. Their child would suffer. The best thing they could do was give the child to a Catholic couple that couldn’t get pregnant.  “Write down on this side of the paper what you can give you baby” one nun lectured. “Write down on the other side what the adoptive parents have to offer.” They were told these parents were rich, educated and loving. What did the mother have to offer? And besides, hadn’t her family suffered enough from her actions?

After being bullied into giving the child up, these women were simply told to go home and forget about it. A lot of these girls were expected to go back to high school, and pretend they’d been sick or visiting family. And they were told to never show their sorrow or talk about the child they still dreamed about. Many women realized decades later that they had been suffering from PTSD ever since they gave birth.

This book was a heartbreaker. Over and over again, we’re a witness to these women’s suffering. It’s infuriating now to hear anti-choice politicians say pregnant women should just give their children up for adoption, as if that’s an easy thing to do. The Girls Who Went Away is a powerful book. Get it. Read it. Then go out and vote.