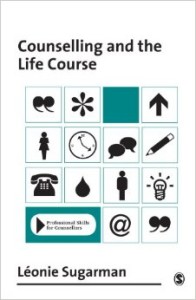 These are by far two of the shortest books that I have had to read for school in a long time. Hooray! And they were quite straightforward and easy to get through as well. However, this may be due to the fact that I have previously taken a Lifespan Development course before, so a lot of the information I received was nothing new. More like a refresher. But that’s not necessarily a bad thing.

Leonie Sugarman’s book on Counselling and the Life Course presents a number of different theories regarding lifespan and development, though the focus is more on what these implications might mean when counseling a person. An individual’s present placement within their lifespan or their current stage of development can result in a number of different issues that may be more salient for them, or it can influence how certain life events may affect them. For instance, losing a parent during childhood or adolescence will have different implications for a person than if this were to occur during their middle age. 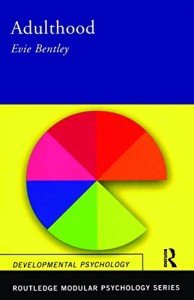 Meanwhile, Evie Bentley’s book largely focuses on adulthood, and the different subsets of stages and ages within. This also includes the somewhat newer theory of there being an “emerging adulthood” between adolescence and adulthood, as in contemporary society a large number of people who are adults remain in a stage of limbo during these early adult years while they go through post-secondary school, still live at home, and generally display characteristics that are a mixture of adult and older adolescent etc. But we all knew that that was a more common things these days, didn’t we? Each subset within adulthood has different issues or intrinsic “conflicts” that will be more common, and Bentley presents these as they may pertain to different ages.

Both books point out that most of the research in their theories (particularly that of Erickson, who is a major voice in the field) focuses on that of male development, and within a Euro-centric context. Social, personal, racial, and economic factors can also influence how a person develops, among other things, as well as how they adapt to changes in their lives. Both authors also make sure to point out that development is extremely variable, even between individuals that appear to be extremely similar in almost all respects. What this means for taking a Lifespan perspective for therapy is that essentially, while people may differ greatly in their development and progress through life, a person’s current life stage may simply provide clues as to what they may be going through or what internal conflicts they may be experiencing at that time.

All in all, these books are informative, though really feel like general surveys of information that you can then get more in-depth with. So they would be good for a bit of an introductory examination of the lifespan or even just the span of adulthood and what may be involved therein in terms of understanding the lifespan perspective of human development.