> FAQ Home
> Genre: Uncategorized > A World of Nevers Under a Never Sky

I kept seeing this title over and over, in Must-Read lists, in Read-Alike lists, in What-to-Read-Next lists, and in Best-Books-of-____ lists, so I finally broke down and bought it. I admit that I hesitated to purchase it because the reader reviews of the book were mixed.  Some called it the best thing since Hunger Games, while others said it was just a lackluster attempt to capitalize on the popularity of the dystopian novel. The final decision was made after a favorable recommendation from a coworker and some time to kill in a bookstore while waiting on my daughter’s family to meet us for lunch, so I bought the book and gave Ms. Rossi an opportunity to win me over. While it took me a little while to get into the book (possibly because my schedule kept me from being able to read more than a few pages a day), it wasn’t long before I was completely absorbed in the tale of Aria and Peregrine, and reading the conclusion yesterday sent me desperately seeking a bookstore so I could find out what happens next. 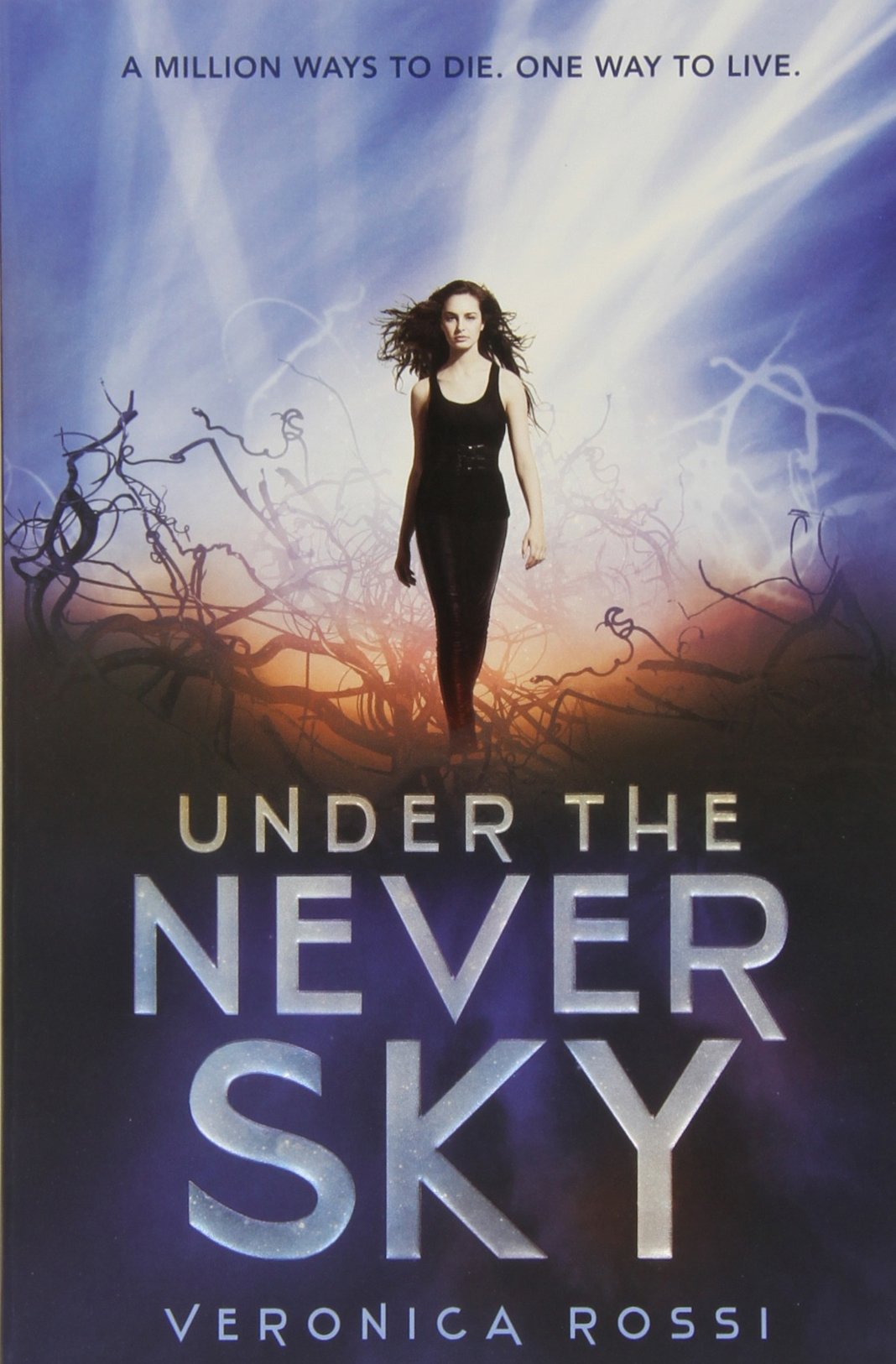 Aria is a Dweller, a person who moved into one of several underground Pods during the Unity. Dwellers use devices called Smarteyes to communicate with each other and to visit Realms, virtual times and places that are Better than Real. Aria’s mother has disappeared and her attempt to locate her mother almost gets her killed by the Consul’s son, and does get her exiled from Reverie and dropped in the Death Shop where there are “a million ways to die.”

Peregrine (Perry)  is an Outsider, someone who lives in The Death Shop, the area outside the walls of the Pod. Perry sneaks into the damaged area of Reverie just in time to save Aria from her attacker. His breech of the Pod and his attack on the Consul’s son who had attacked Aria, lead to an attempt on his life and the kidnapping of his nephew, Talon.

Perry and Aria cross paths again when he saves her from an Aether storm. These two soon form an unlikely alliance as Aria seeks to find out the fate of her mother and Perry seeks to rescue his nephew. Along the way, the two discover that they have more in common than either would have ever imagined. They also learn that situations and people are not always as they appear, both in the Pods and in the Outside. Will they be able to fix Aria’s broken Smarteye and find her mother, and will that lead Perry to Talon?

The story is most definitely Dystopian. The reader isn’t ever really given much information about the Unity, or about why some when into the Pods and others were relegated to live in the Outside, but the Pods are most assuredly an example of a society trying to make itself perfect (“Better than Real”) but actually making a society that is destroying itself. Of course, there is the “love story” aspect that we see in most Dystopian novels where the two are from different “worlds” are not supposed to be together, but, of course, end up falling for each other.

There is definite chemistry between Aria and Perry. There is some sexual intimacy implied, but not described in any detail. There is a good bit of violence, but it is not described in enough detail to make it seem gory. As with most of the other Dystopian offerings available, this is the first of a trilogy (didn’t see that one coming, did you?). Unlike some of the other trilogies this initial book does not really come to an ending point, it just stops! At least at the end of the Hunger Games we knew that Katniss had survived the games and would now live with her choices as a Victor. This one seems to end in the middle of a scene, which is why I have to quit writing this review now so that I can go see what happens in Through the Ever Night.