> FAQ Home
> Genre: Fiction > Love and hate and chocolate in the City of Lights 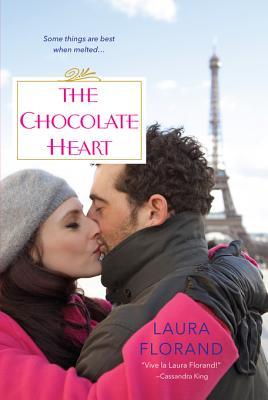 Disclaimer! I was granted an ARC of this book by Kensington Books via Netgalley in return for a fair and honest review.

Summer Corey hates Paris. It’s a city where she was frequently abandoned to be raised by ever changing nannies while her parents were globe trotting or negotiating international business deals, and it’s where she felt miserable, alone and outcast in boarding school from the age of thirteen. Having been forced back from her self-imposed exile, teaching on a small Pacific island, because her father has bought her a five star hotel as a Christmas present, Summer knows that everyone is only waiting to see what the spoiled and vacuous billionaire heiress will do to end up in the tabloids now.

Of course, mistaking the internationally acclaimed chef of the hotel’s restaurant, Luc Leroi, for a hotel bellboy, and propositioning him rather bluntly is not getting her off to a good start. Luc, having worked his way up from begging in the Paris metro with his gypsy father to becoming the media darling and culinary superstar of French pastry, is appalled when Summer literally falls into his arms and proceeds to offer him a yacht, before passing out exhausted as soon as he gets her to her hotel room. He plans to seduce her with the most delectable desserts, only to discover that Summer Corey, through a series of very negative associations with sweet things, never eats them.

Summer needs to stay three rainy winter months in Paris, pretending to manage a hotel, so her father will donate a satellite to the islands she longs to return to, improving their communication with the outside world immensely. Luc is determined to win her over, and proceeds to outdo himself again and again with breathtaking culinary creations that Summer continues to reject. The entire hotel watches in fascination, wondering who will crack first, the stunning heiress or the perfectionist chef.