> FAQ Home
> Genre: Non-Fiction > But honestly, I think they are… 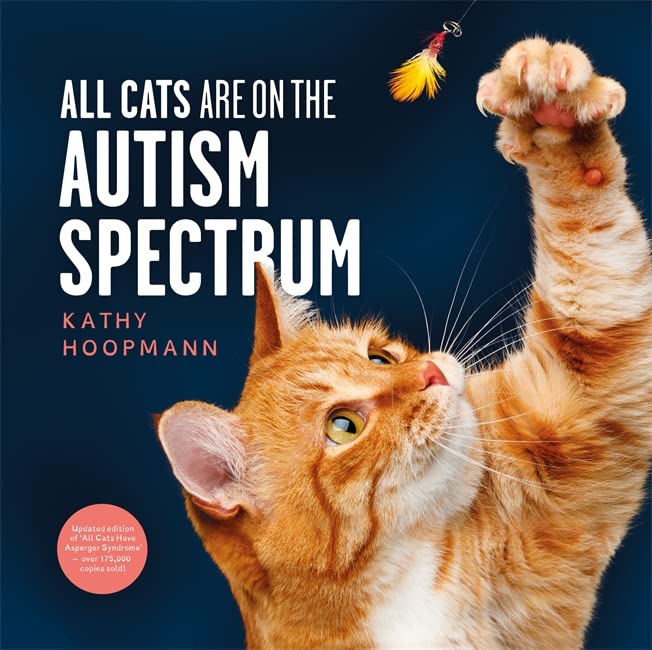 This is the book my one sister says she used to help her daughter understand her brother’s autism, since she loves cats. It’s funny because I’d had more or less the same thought as the title of this book, going so far as to google variations of it, numerous times. The thought occurred to me that it seemed like people on the spectrum, children especially, tended to gravitate towards cats more than dogs, and my brain went from that thought to “well, naturally, because they’re a lot alike, aren’t they?”

Honestly, it’s not much of a stretch. Some of the book is simply informing the reader with cat pictures accompanying it, but there’s plenty of comparisons drawn too that are deceptively simple and effective. For somebody who doesn’t quite understand what being on the autism spectrum means, this book is a quick and easy to understand crash course in the subject.

And I don’t just mean for kids, like how my sister used it for her daughter. I wouldn’t hesitate to hand this to an adult who needed some quick, foundational knowledge on the subject. Sure, some may not like cats, but you could say the same about people with ASD. Both are, at least in part, victims of misunderstanding.

For example, I saw a review of The Curious Incident of the Dog in the Night-time, a book I’m in the process of listening to the audio book of (I accidentally chose the audiobook instead of the book when placing a hold at the library…), that reduced the autistic narrator to “a sociopathic spoilt brat who ruins everyone’s lives without feeling sympathy,” and went on to say they “wanted this little shit to be ran over by a train when he went to fetch his pet rat.” Cats, likewise, are thought to be evil animals with a God complex and an active dislike for humans. Meanwhile, I have a cat who, anytime I leave the bedroom at night to get something, will meow at me and hop on the couch, demanding cuddles and pets.

Maybe, for cat haters, this book will further bias them against people with ASD. Or maybe it’ll help them understand both a tiny bit more. Whatever the case might be, I think it’s certainly worth a read, whether you’re young or old, or whether you love or hate cats.