> FAQ Home
> Genre: Science Fiction > From the Plains of Texas to the Mountains of India 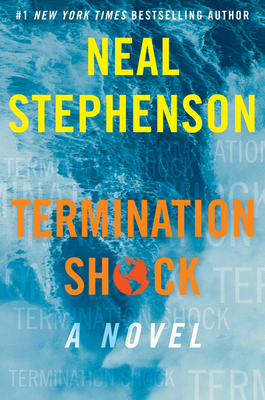 The thing that I don’t think people who have not read Neal Stephenson understand about his writing is that it is pulpy and action packed. They see the size of a book like Termination Shock, read the description, and think—oh this is gonna be some heavy shit. And sure, he does go into multi-page digressions about whatever his current research obsession is, but that is also interspersed with plane crashes and people shooting boars out of helicopters. He starts Seven Eves with blowing up the moon!

Having read most of his work, I am always excited when a new one comes out because it is usually a good time and I come out of it learning some new stuff (the aforementioned current research obsession). Termination Shock was no different. Stephenson, like many of us, is thinking about climate change and the many ways we might jumpstart some sort of decisive action instead of endless debate and inaction. So why not write about a billionaire in Texas with the “biggest gun in the world” that can shoot things into the atmosphere and the Queen of the Netherlands as his buddy? And then add to the mix the Chinese/Indian dispute over the Line of Actual Control and you got yourself a hell of a book.

Termination Shock is not my favorite book by Neal Stephenson, but it was a good time. He isn’t the best at writing female characters or especially young characters, but he muddles through. My favorite parts of the book were the ones set in India and the ones involving deep fakes. I will let you be surprised as to when that last bit comes into play.

wpDiscuz
9
0
Would love your thoughts, please comment.x
()
x
| Reply
‹ Back to Categories