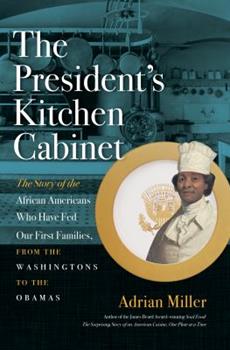 The Slow Food North Louisiana book club was having its inaugural meeting, I mean, no time like pandemic-time for a virtual book group, and this was their first pick, in honor of Black History Month. Quick FYI, “Slow Food” is an International Movement, started in the 1960s in Italy, as sort of a direct response to the commercialization and “fast food-ing” of our culture: it is about celebrating food that is good, clean and fair. It isn’t about healthy or health foods, but about knowing where your food comes from, and working so that everyone can have access to good food.

Anyhoo, when I lived in North Louisiana, this was my chapter and I still have friends there so I saw a post about the book club and since they were doing it virtually decided to jump in from the Midwest. I grabbed the book from my local library and tackled it in a week, finishing it a mere hour before the book club meeting (Still counts!). I am a completist by nature, but it was even more important for this meeting because the author was going to be there and I could NOT show up without finishing the book! So I hopped on Zoom and saw some familiar faces, and the face of Adrian Miller.

Miller was charming and conversational, and as eager to hear from us as to talk about the book. It was interesting to hear about how the book came about. A lawyer by trade, he was inspired to write his first novel, which was about Soul Food, by realizing that though many other types of cuisine have been examined and researched in book form, the same could not be said for Soul Food. Essentially, this book came about the same way where he came across stories of the cooks in the White House and realized no one had examined the African Americans who made history by making the meals for our nations leaders. It was interesting as a budding writer to learn about his process, that he was filling a literary need, rather than coming out of the gate with the idea.

This book is filled with nuggets of wisdom and anecdotes. It’s structured pretty loosely and it isn’t strictly linear and can be a little tough to follow as the narrative thread is a little fuzzy. Part of that is that unsurprisingly no one was ever paying a close or consistent look at the black people who worked in these roles, so information is spotty and Miller had to do a lot of digging to bring it all to light. It’s clear he has done the work and brought into the light interesting stories of the African Americans that worked in the various White House kitchens. You also learn about some of the individual president’s, their food habits, and the role of food in the White House. Did you know Eisenhower loved to cook, and would grill at the White House? He was also known for his beef stew, a recipe for which is in this book.

This book is just chock full of so many historical tidbits that it’s hard to summarize, so I’ll wrap up by sharing my favorite story, which is basically one throw away sentence.  A little background: Henrietta Nesbitt supervised culinary operations as the White House housekeeper under President Harry Truman, and Alonzo Fields had been promoted to maitre d’hotel. But “Fields took over after Mrs. Truman fired Nesbitt for refusing to let the First Lady take a stick of butter from the White House kitchen to a potluck luncheon hosted by one of her friends.” Blink. Blink. I mean WHAT. What I wouldn’t give to have been a fly on the wall that day.

This book is crammed full of goodness and so if you’re interested in American history (which in this case includes Black American history) and the lives of president’s this is one you’d want to pick up.