> FAQ Home
> Genre: Romance > This was so cozy and comforting and lovely. 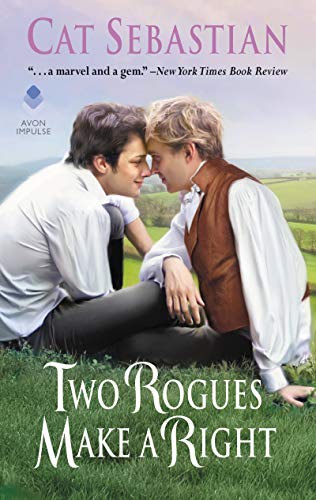 If you’re looking for a plot- or angst- or action-heavy romance, this won’t satisfy you, but if you’re looking for something slow and sweet, where two lifelong friends slowly come together while one nurses the other back to health, than this is your book.

Martin and Will have been best friends since childhood. Will grew up slightly neglected in a rather bohemian household that was falling into ruin. Martin’s father was a first class asshole, who also turned out to be an abuser (see the second book in the series). Martin has also been sick his whole life (asthma, probably) and now has consumption on top of all that. He is legitimately on death’s door at the beginning of the novel. (Sidenote: I didn’t know people with tuberculosis could live so long, up to ten to twenty years without treatment. I don’t know why I assumed it killed you faster. Let’s blame Moulin Rouge.)

The first half of this was just brain candy for me. I love a good hurt/comfort story, and the two of them have such good chemistry. Sebastian’s inner monologue for Martin, who is a grumpy cat with gooey marshmallow insides, had me cackling at points. They just sort of bit by bit fall into a relationship with each other, and have to figure out how to make that work logistically with their financial, health, and professional limitations, not to mention the 1800s-ness of it all.

This could be read on its own, but I think it really works best if you just read this whole series. They build on each other very nicely, and a lot of Martin’s backstory in particular happens in book two.