> FAQ Home
> Genre: Science Fiction > I think I might be done with YA sci-fi.

So many mixed feelings about this!

I picked this up mostly because I needed to fill the “book by an AOC set in or about space” challenge for Read Harder, but it had been a while since I’d read any YA sci-fi, and I figured it’d been long enough that I might enjoy myself. I do not believe I have ever *really* enjoyed a YA sci-fi novel. The length and subject matter limitations on YA really cut back on what I enjoy most about sci-fi, and that’s detailed science and worldbuilding, and the more adult themes that sci-fi lends itself to. The YA sci-fi I’ve read has been too preoccupied by the same old things most YA books are, usually has a pointless romance, not a lot of room for worldbuilding, and fixates on stale tropes (the evil empire, the super special heroine, etc.) And unfortunately, this book does fall somewhat into those traps as well, but it also was unique and refreshing in a couple of ways that saved it for me, so that it ended up being more of a mediocre read rather than an annoying one.

So this book opens with the capture of a notorious space criminal by a space empire called the Commonwealth. And surprise, she’s not the dangerous middle aged man everyone thought she was, but a teenage girl. The Commonwealth wants her talent on their side, so they give her a choice: go to an extremely unsavory prison for the rest of her life, or go to their military academy and work for them.

I can’t decide if I want to do the good stuff or the bad stuff first. Let’s do the bad, get it out of the way.

So there was a lot here that bugged me or didn’t work. Lots of spoilers in this whole section. I thought:

*The romance was forced and unnecessary. They didn’t need to kiss or even think about each other like that. It was rushed, and it felt inorganic. If Knives (yes, his real name) was going to be so important to her, Milan would have been better off just having them learn to be friends first without inserting anything romantic into it all. It was too much.
*The friendship between Brinn and Ia could have been more developed, even though it was my favorite part of the book. (The whole book could have been more developed.)
*So could the history between Ia and her brother, especially since their relationship plays a key role in the climax of the book.
*I wanted more details on what Ia had actually done and why. We only get glimpses. What we do see backs up her reputation as a galactic criminal (she’s a legit badass who’s done questionable things in service of what she sees as a just war). But I needed more.
*Brinn is a genius who doesn’t think or talk like a genius, ugh. This is a thing that bothers me. Most people are not geniuses, and if you are going to try and write in the POV of one, you have to make it work and do a little something extra. Brinn acted completely average except for the times we see her being a math prodigy or whatever. None of that intelligence is evident in the voice her POV is written in.
*I wanted more conversations between Ia and other people at the Academy, so they could actually confront their own assumptions instead of just magically arriving at new opinions after an unspecified amount of time.
*The writing wasn’t super. It was serviceable. The dialogue was pretty good! But the prose surrounding it often used cliched images and phrases.
*The entire premise is questionable. Why would the Commonwealth want her at their academy where she has unfettered access to moldable young minds? ESPECIALLY (as is the case here) if they are barely going to supervise her. What is she offering them? Supposedly her talents are so great they can’t pass up the chance to turn her to their side, but she barely has an restrictions put on her, she learns nothing, and nobody learns anything from her. No effort is even made to try and turn her at all. The only thing that does happen is that she helps Brinn out of a personal jam, and then because she’s sent her brother a message saying that she wants to be rescued, she then has to rescue the Academy from her own mistakes. The only reason she wants to do that is Knives and Brinn, which had zip to do with the Commonwealth’s effort. And why do they give her a roommate anyway? the most dangerous criminal in the galaxy gets put in a room with a naïve seventeen year old? And even after the narrative goes out of its way to show us that half the cadets have quit due to Ia’s presence; there are definitely rooms available.
*And then there was the ending. Ia is suddenly fighting for her most despised enemy? Not enough work was put in for me to buy that.

What I did like was the main relationship here being between Ia and her Academy roommate, Brinn, and the shades of grey world they live in. Ia learns to feel and accept the guilt from doing bad things and causing people to suffer in service of what she still sees as a good cause. Brinn backs away from her black and white world view through her friendship with Ia (although as I mentioned before, there isn’t nearly enough of Ia talking about her past with them). Questioning authority is also a pretty big thing, but there wasn’t enough of it.

And lastly, I couldn’t get over it the whole book. Ia’s full name is Ia Cōcha, and every single time it was typed in full like that, I did a full body cringe. Seriously, when naming characters, you should Google their names first. Because it almost ruined my entire reading experience having to read that name over and over, when all I could think about was this guy: 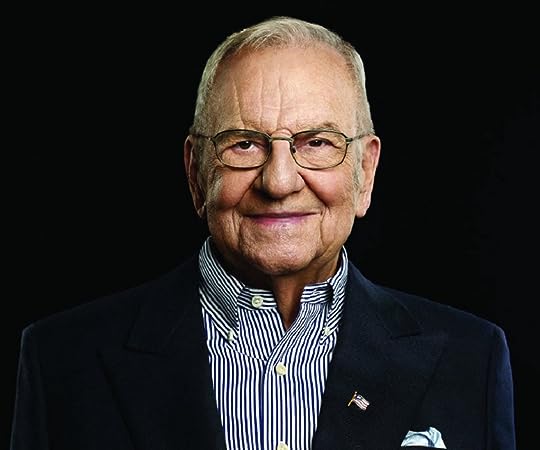 This whole review is coming out a lot more negative than I thought it would. I always get like that, though, when I can see the promise of something I would actually really love mired in the dregs of stuff holding it down (see above). This was for sure not a bad book at all. It just could have been better.

Read Harder Challenge 2019: A book by an AOC set in or about space.