Registration Is Open! Sign Up Today
> FAQ Home
> Genre: Poetry > A Poet Writes According to His/Her Own Images and Rhythms 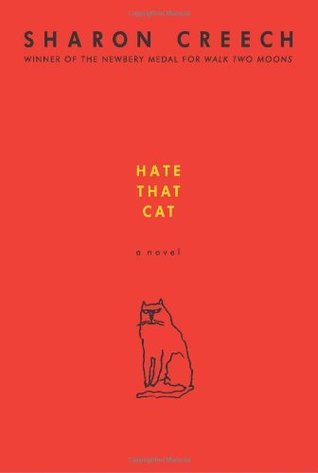 The story of Sharon Creech’s Jack from Love That Dog (2001) continues. Early in his school year, Jack reveals to his teacher that 1) he hates cats, and 2) his college professor Uncle Bill does not believe that the poems Jack had written in the previous school year are “real” poems because they are short, lack rhyme, a regular meter, symbols, metaphor, onomatopoeia, and alliteration.

Thank goodness Jack has Miss Stretchberry as his teacher again because she tells him that all those elements his uncle mentioned are not requirements. A poet writes according to his own images, rhythms, and sometimes chooses elements like onomatopoeia and alliteration to enrich their poems. And with that, Creech, again, takes us on Jack’s journey and growth as a writer and person during this fourth grade school year.