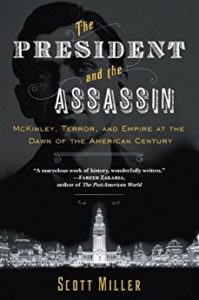 “This combination of raw suffering in the workers’ tenements and indifference in the mansions of the ruling elite created a fertile breeding ground for a class of social radical who came to see the dynamite stick and the pistol as the only way to break the cycle of servitude.” – Scott Miller

Well, I sure picked the right year to read this book. It was published in 2011 but it feels like it was predicting the 2016 election, by opening with the election of 1900. An election contest between a wealthy establishment player and a slightly out-of-touch populist. An election that hinged on money, backdoor deals, and a new kind of American patriotism. 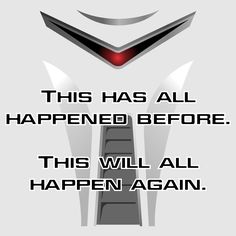 I’m only partially kidding because the parallels, well, they’re pretty damn impressive. While neither McKinley nor William Jennings Bryan deserve comparisons to the current inhabitants at 1400 Pennsylvania Ave., the social and economic conditions bear a striking similarity to the current condition.

The late nineteenth century was a time of meteoric economic ups and downs. The rich became richer and richer on the backs of their employees who they treated like, well, “[M]icroscopic cogs in [their] catastrophic plan[s],” (thank you Nick Cave). Workers were nameless, faceless, and interchangeable to the robber barons at the top, machine parts that could be easily replaced. You were either the richest of the rich, first class or steerage, and there wasn’t really anything in between.

It’s not surprising that anarchism and socialism flourished in that era. This is the era that saw the rise of the labor movement, of violent, deadly strikes with literal pitched battles in the streets between workers and company police (and sometimes actual police). It was a deadly, dangerous time.

In analyzing that one, momentous, deadly contact between William McKinley and Leon Czolgosz, Miller is able to shine a light on an almost forgotten era in American history. Who even remembers the name William McKinley? He’s America’s least-remembered assassinated president. But, as Miller illustrates throughout his book, his presidency and the era in which it resided, shaped the United States of America in ways that are still clearly marked out in the country today, over 100 years later.

There’s a reason for that mass amnesia. There are forces in power, today, in the U.S. that don’t want us to remember where we were and what we learned, the solutions that sustained us across the breadth of the former century. They’d rather we forget so that they can continue grinding us down into the dirt and making money off of our graves. 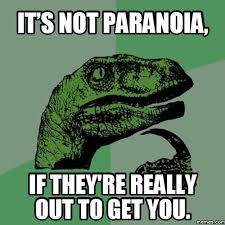 I learned a number of things that I had never encountered before because my history classes, like I’m sure most of yours, pretty much skipped from the Civil War to the Great Depression. The Spanish-American War merited hardly a blip on the syllabus, but that’s the war the shaped American global policy to this very day. McKinley’s goal wasn’t to have an empire like the European empires of the day, but rather to have an economic empire in which American capitalism covered the globe. And he excused his warmongering as a Christian duty. Because it was in that era when Christianity and Capitalism were twined together in an unholy marriage.

And while McKinley was making his rich friends richer, and people were waving flags and singing about the Red, White, and Blue, people were dying in factories, children were being worked to the bone, families couldn’t afford to feed themselves. People suffered and there’s only so much suffering that people can take before that tinder is lit aflame.

Which brings us all back to a fateful encounter between a president and an anarchist on a hot, September afternoon in Buffalo, New York.

We all know the old saying about learning history or repeating it and there’s truth in that. History is obnoxiously cyclical because we human beings fall into the same old patterns. The parallels between 1900 and 2017 exist, of course they do, but the differences are just as important. We still have protections, we still have rights that Americans have fought and bled for over the breadth of the 20th century. Our current government is trying to strip those rights away and it’s up to us to stop them.

Miller provides a well-researched, well-argued thesis about the dangers of unchecked capitalism, patriotism, and religionism. By telling the stories of assassin and assassinated he sheds a light on an era of American History that needs to be remembered, now more than ever.