Calling all Cannonballers! Submit Your Best/Worst of CBR14 by Saturday December 10!
> FAQ Home
> Genre: Fantasy > #10 – The Emperor’s Soul: Quick and quite delightful! 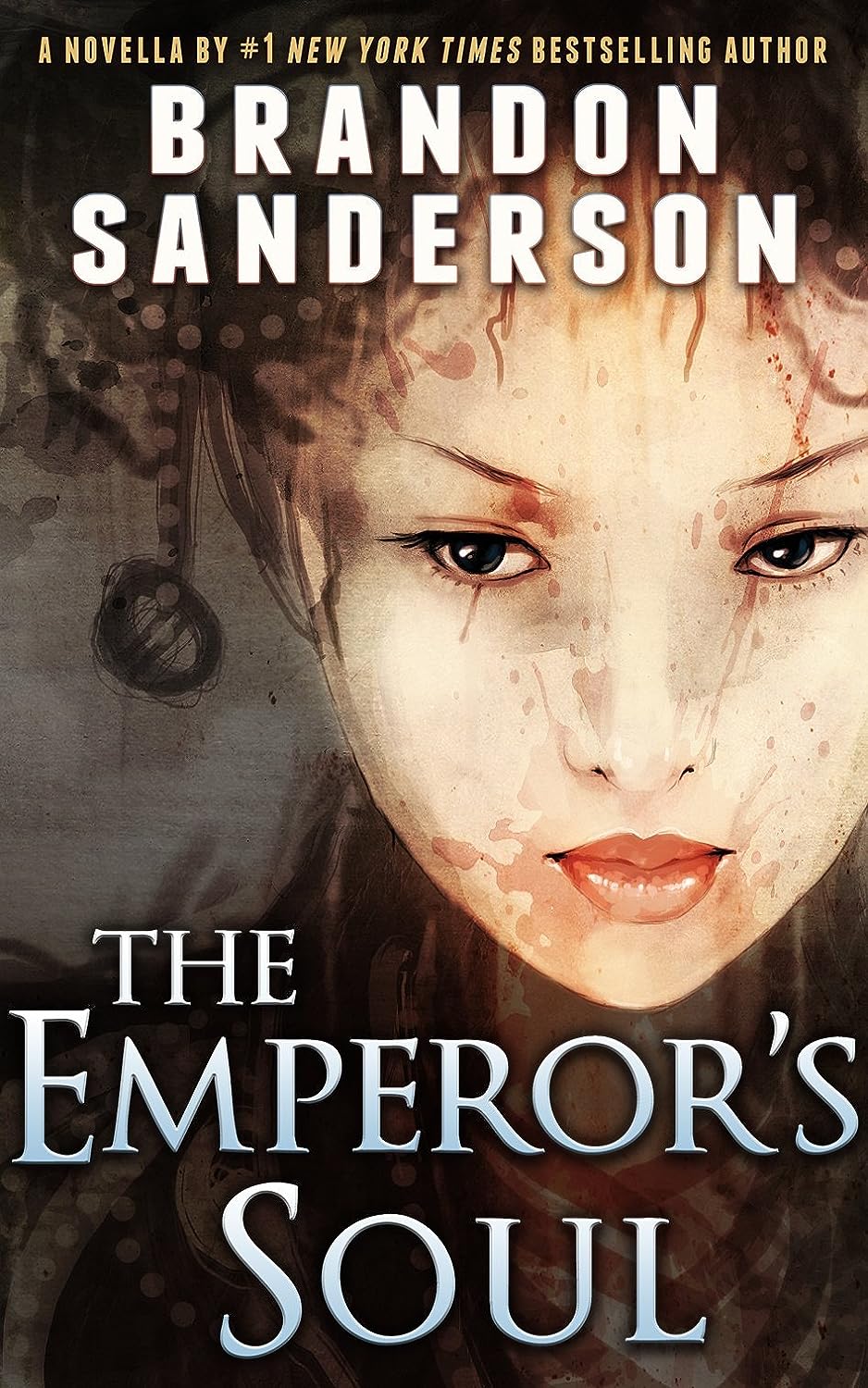 The emperor is not dead, but he is certainly not alive. In order to stay in power, Gaotona and the other four Arbiters must resurrect their emperor, bring back his mind and his memories. To do so, they enlist the help of Shai, a Forger – a criminal and a thief – to Forge the emperor a new soul.

This was a fantastic novella. It was my first Brandon Sanderson book, and I very much enjoyed it. Shai and Gaotona are both great characters – likable for their faults as much as their virtues. Most of the novella is told from Shai’s perspective, but I loved the prologue and epilogue from Gaotona’s POV as well. Some “smart” characters are ruined by being able to see their thoughts. Shai was not one of these. Her inner monologue was sharp and charming.

The magic was absolutely fascinating, and really well thought out. There is an excellent addendum at the end of the book where Sanderson explains his inspiration for the magic system that is definitely worth a read!

The pace was quick; I read it in a few hours and did not want to put it down for foolish things like eating and driving. Each chapter was a countdown to 100, for Shai only has 100 days (well, 98 in truth) to craft the Emperor a new soul. It worked as a ticking clock to ramp up the pace even more, especially as the Emperor’s soul wasn’t the only thing at stake. It didn’t feel like a novella, though; it was complete, finished, and perfect, rather than feeling as though it ought to be continued.

Sanderson’s writing style was unnoticeable – that is to say, perfect. I wasn’t caught up in my read in what seems to be the almost inescapable fad of fragmented sentences. If Sanderson used them, I didn’t notice (which for me is nothing short of shocking).

I see on Amazon that it won the 2013 Hugo for best novella – it’s deserving. Perfect for a quick and fairly cheap read (at least on kindle). Highly recommended!