> FAQ Home
> Genre: History > Incest, murder and martyrdom in Italy–or is it? 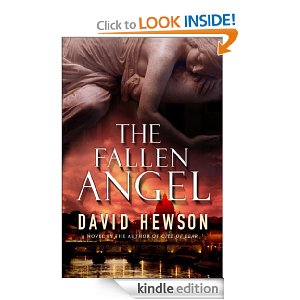 Another in the series with young Roman cop Nic Costa, this one deals with the fall to his death of a man whose teenaged daughter is obsessed with an ancient Italian story from the 16th century, in which Beatrice Cenci, a girl sexually abused by her father, ends up murdering him, only to be beheaded by the Vatican as punishment. Mina Gabriel, along with her brother and mother, has a secret to hide, and it is Costa’s job to figure it out. Although the family never accuses the father of abuse, his unnatural death and the daughter’s obsession lead the media to dub the girl a latter-day Beatrice Cenci, making it difficult for Costa to get past the hype and figure out who-dun-it, especially when another body turns up, and the speculation runs rife.

Hewson writes his novels with plenty of authentic detail about Rome and Roman life, giving the reader an insider’s feel for the setting. He also loves to delve into the history and mythology of Italy, and liberally peppers his stories with the richness of this country’s centuries’-old stories, and traditions. The police department for which Costa works is in constant turmoil in every one of Hewson’s novels, and whether that is taken from reality or is Hewson’s unique take on Italian law enforcement is anybody’s guess, but it gives a raw and immediate feel to the police work Costa and his colleagues conduct, in stark contrast to the slick portrayals of American law enforcement in most U.S.-based police procedurals.

I have one more Hewson novel sitting on my night table, after which I plan to take a break for a while, but for those of you who enjoy a good detective novel interlaced with Italian history, architectures, pick up one of Hewson’s mysteries. It doesn’t hurt that Nic Costa is young, cute and single!