> FAQ Home
> Genre: Comedy/Humor > “You want to know if they’re the mittens I wore to Biden’s inauguration. That’s all anyone wants to talk about these days: mittens, mittens, mittens.” 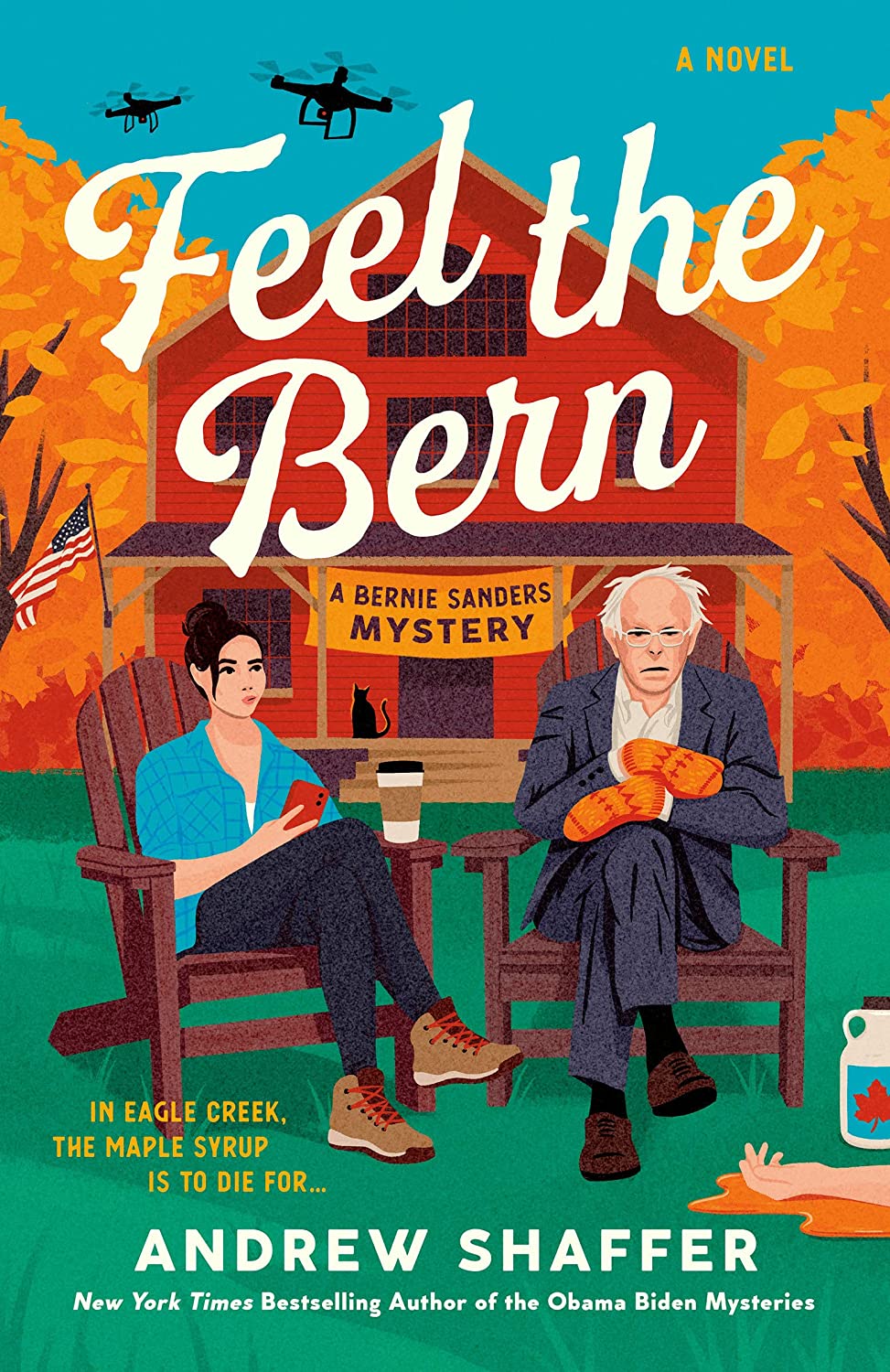 When Crash, a new intern working for Bernie Sanders, accompanies her boss up to a small-town festival in Vermont, the last thing she expects is to discover a dead body – or that Bernie will insist on trying to solve the mystery.

A few years ago I read Hope Never Dies, a comic mystery where Obama and Biden team up in the post-2016 election season to uncover the truth behind an Amtrak conductor’s death. Now Shaffer has expanded his repertoire with the first of a cozy mystery series starring the US Senator from Vermont, Bernie Sanders. As he’s inspired a number of memes in past years, I suppose this is not really coming out of left field.

This was a fun, quirky mystery, chockfull of puns about maple syrup and nihilistic jokes about student debt. The narrator is Crash, Bernie’s new intern, and I enjoyed her ambitious, cynical tone and how often she is baffled by her boss, whose dialogue seems to often quote actual public statements he has made. While the town is full of the usual cozy mystery array of bizarre personalities, the author balanced it with a more realistic depiction of the economic considerations of a dying small town.

However, I did feel that the pacing of the story was odd at times, as there’s not much productive mystery solving for fairly long stretches of the book. While I thought the solution was funny and unexpected, I wished we’d gotten more hints of what was coming before we reached the end.