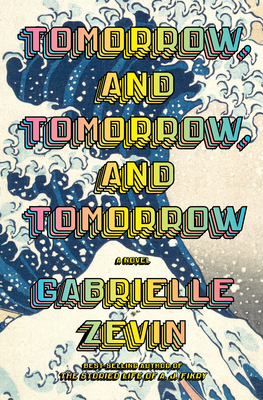 Honestly? I might have rounded this up because I felt a bit guilty for constantly reading fantasy/sci-fi books. The conditioning is strong, my friends, that tells you what is and isn’t considered “literature.” I’m sure the same sort of view is there for people who do/don’t find gaming a “real skill” or “worthwhile hobby.”

I see a number of reviews which tie interest in this novel to your interest in gaming as an industry or a pastime. I’m not sure I necessarily agree, but then again I’m someone who never got into gaming. To be clear, that’s not an indictment of the “I can’t see the point,” it’s more that I grew up ignorant of their entire existence until my hobbies were somewhat ‘set,’ and then like most things you aren’t good at while everyone else is I never felt the same drive to become good enough to keep up. I played the Pokemon video games for a while, I’ve tangentially kept up with the going ons in the video game industry when they pop over into the non-gaming world—not just the bad (Gamergate et al) but also some of the interesting games that delve into moral incertitude, expansive non-goal oriented play, etc.

That’s because I think you could swap out video games somewhat for a number of other industries—the vibes might work in other creative endeavors (I’m thinking of Fates and Furies, for some reason). The interplay between the various characters is straight out of central casting, albeit done very well. I think I never fully trusted that Zevin wasn’t going to pull a romance into the story of Sam and Sadie, which is probably why I didn’t love this book as much as some others did. I’ve been burned before, and the entire time I was reading this I was on edge that Sam would end up being one of those guys who feels that they are owed a woman/Sadie because of what a good friend they are.

Perhaps this is a feature, not a bug! Perhaps the fact that Sam and Sadie (as the blurb prominently attests) are friends and love one another but not in love is clear and obvious and I’m bringing in my own biases and experiences. But such is the challenge of reading, and when I read this book I felt like I couldn’t fully get into the emotional relationships out of fear of what was going to happen.