> FAQ Home
> Genre: Romance > “Don’t knock white rappers from the 90’s. Where would we be as a country without the dope rhymes of Vanilla Ice?” 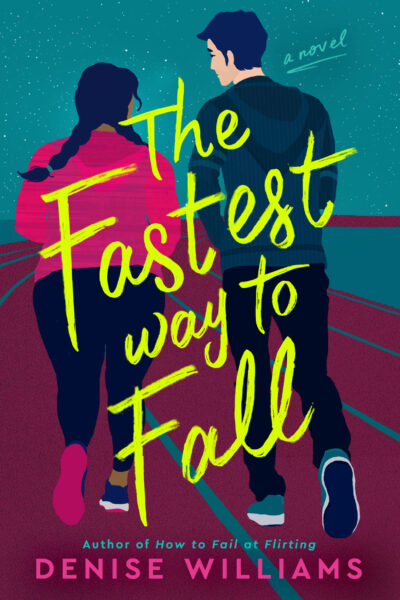 A body positive romance where our heroine gets to enjoy exercise for the sake of it (rather than to achieve some ideal) AND to be a person outside of her size. We also get to have a hero that has more going for him than being hot and attracted to fat girls.

Plot: Britta has been trying to get her writing career off the ground for a long time. So far, she’s gotten as far as working for an online publication, even one that isn’t wildly problematic despite being a wellness website targeted at women. Unfortunately, she’s an assistant and hasn’t been given leeway to write a damn thing. All that is about to change though, because she has pitched the idea of reviewing a fitness app over the course of several months, focusing on the process and the quality of this app, which claims to not be about weight loss. Now all she has to do is write better than the other assistant vying for the same staff writer position or compromise the unbiased nature of the review by getting personal with the trainer, who happens to be cinnamon roll of a guy who laughs at her jokes and has dedicated himself to dismantling stigma around non-idealized bodies. Also he’s the CEO of the app. Whoops. Shenanigans ensue.

This is a very hard trope to get right. The water is so murky about this kind of relationship, where you have a fairly vulnerable person getting into a relationship with a person they are emotionally dependent on and whose business is inextricable from their professional career. This is complicated by the fact that the same is also true the other way, where you have a person whose business is reliant on word of mouth and their reputation of being morally better than other apps (no shaming, no pressure to lose weight, only hiring staff with experience and training, etc) getting into a relationship with a person that could make or break his business is also sketchy. Add to that Problems That Could Have Been Avoided With A Conversation and it’s a perfect storm.

Yet Williams navigates this potentially icky territory with grace. Britta and Wes have complex lives and deep emotional scars that set them up to make increasingly ill advised choices. The ick factor is not played up as sexy taboo but a legitimate issue for them and the people around them to navigate. The communication failures are well earned and there are actual consequences when people choose not to have difficult conversations until it is too late. Instead of tropey it felt like the world we live in with imperfect people making imperfect choices and learning how to pay for those choices.

Not only that, but we get to spend a lot of time with Britta and Wes as individuals with goals and personal histories that colour how they navigate the world. You also spend a lot of time with them together, seeing their relationship evolve naturally from client/trainer to friends and more. Having fun together and supporting each other through difficult times in a way that creates a strong foundation for a future, even if things did start in something of a gray area.

There’s a Grand Gesture at the end I could have done without but otherwise it was a pleasure to read start to finish, even when I wanted to smack the characters upside the head and shake some sense into them.

TW: fatphobia does come up, though not nearly as much as you’d think, eating disorders come up, as does substance abuse. Still, this is a rom com and Williams doesn’t lean particularly heavily into any of these topics (to be clear though, that is not to say that these serious topics are not treated seriously – they are).