> FAQ Home
> Genre: Fiction > ‘… and to the women of science whose names we will never know -‘ 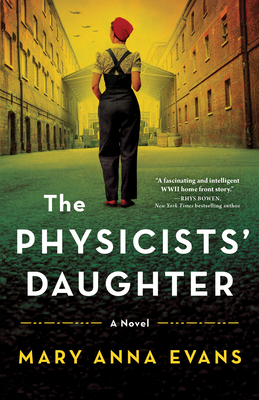 CBR 14 Bingo: Minds
Justine’s true weapon is her mind, the things she learned from her parents, and her ability to solve problems and crack codes.

Justine, a physicists’ daughter who lives in New Orleans, suspects that someone at her factory is a saboteur trying to thwart the war effort. But even she doesn’t know that she is the crosshairs of a spy.

I really thought very hard about my rating for this book – I was torn between three stars and four, because while I really enjoyed the book, I also had some major quibbles with it. Justine is a strong and compelling heroine, clever but unworldly. I also really liked the secondary characters who were all strongly sketched, especially Georgette who, despite having only been educated to the eighth grade, has a real thirst to learn and is never underestimated by the author.

The plot is also a twisty and engaging one. I was pretty certain I had figured out the way the chips would fall only to be astonished by the ending, which is always fun. And I am glad Georgette got her moment in the spotlight!

However, I was very irritated with one major storyline – the spies. More specifically, the romantic fixation that the spies had on Justine. She is certainly a clever young woman, usefully placed in a top secret facility, but it just didn’t make much logical sense to me that not only did both ‘Mudcat’ and ‘Fritz’ identify her as a extremely useful asset, but that they were both attracted to her – and not just physically. It felt as though the author wrote that in more because it was what the plot demanded than because it was what fit there.

A sequel is teased for this book, and I definitely want to read it for the further adventures of Justine and Georgette. But I could do with better romantic prospects.