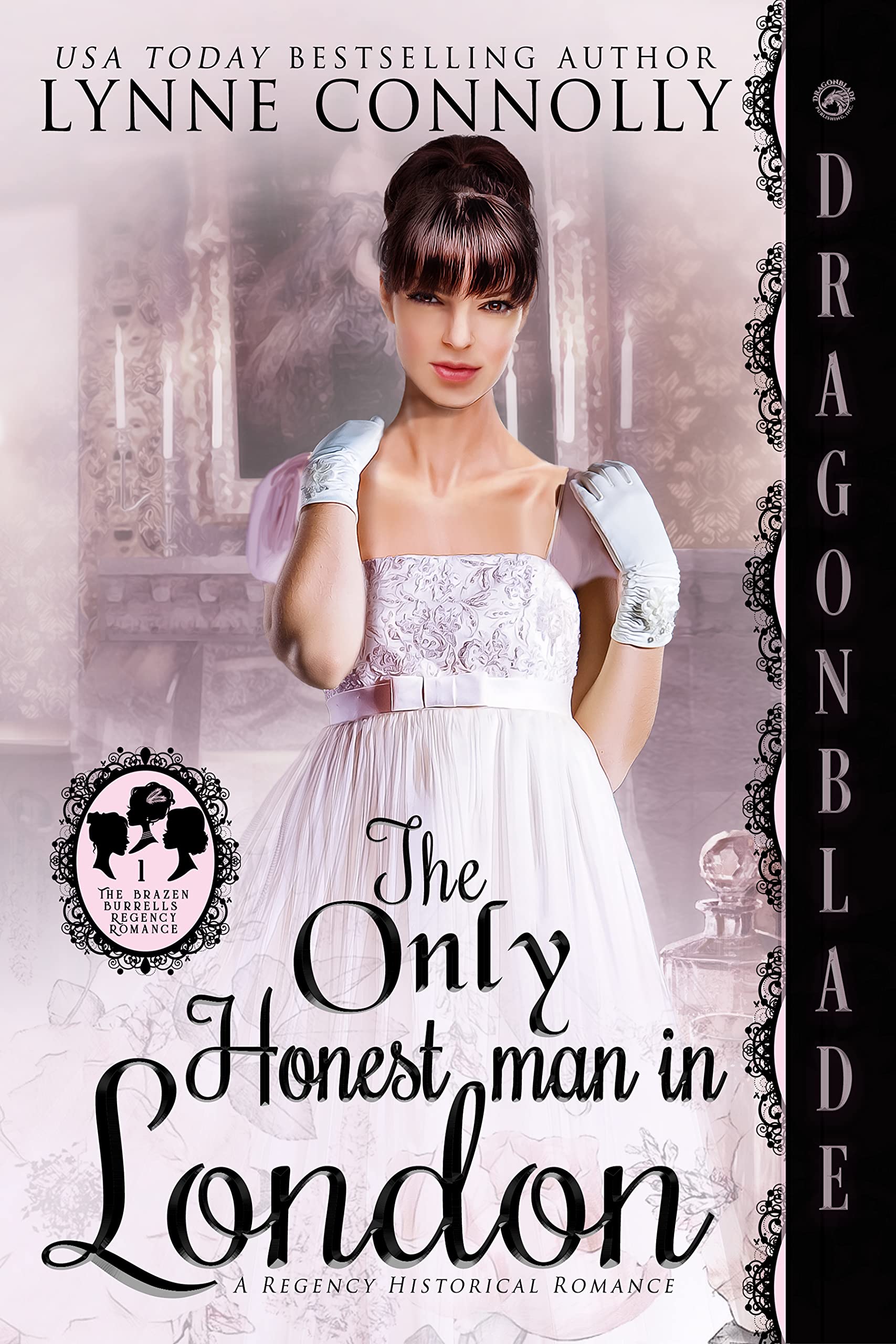 CBR 14 Bingo: Dough
Money – specifically the lack of it – is a driving force in this book.

After a rocky start, Viola and Gerald become close friends – and could perhaps become more. But the actions of their sister and best friend threatens to throw everything into complete disarray.

Despite the Pride and Prejudice-esque elements of the plot, what really drew me to this story was Viola’s disability. I’m always on the lookout for differently-abled heroes and heroines in my romances, especially historical romance, though this can sometimes be a tough find.

The Burrell girls are all beautiful, but they are also as poor as church mice – not that they can let anyone realize. They take London by storm, but all the while they must keep desperation at bay. This almost militant way that the family goes about the marriage mart was striking, and to me was the most engaging part of the story. I also liked how Viola’s disability was handled – it was an integral part of the character, but not necessarily the story.

However, what fell flat for me were the characters. Bianca and the duke were rather pains to read about, and I’m curious how their characters will be handled in the upcoming books – for that storyline is not at all resolved.

Mostly, I did not like the hero, Gerald. Sure, he has a loving relationship with his mother; sure, we see him care plenty about others. But I couldn’t get over the start of the story, where he presumes Viola and her sisters to be sex workers and propositions her rather crassly – his attitude doesn’t turn around until he realizes she is a genteel lady. What, Gerald, would she not be worthy of respect if she were actually part of the demimonde?