> FAQ Home
> Genre: Fiction > Not a time travel book, despite what the book description implies 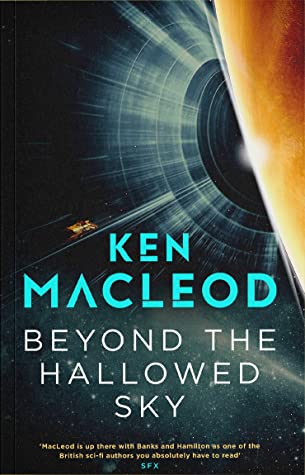 When a brilliant scientist gets a letter from herself about faster-than-light travel, she doesn’t know what to believe. The equations work, but her paper is discredited – and soon the criticism is more than scientific. Exiled by the establishment, she gets an offer to build her starship from an unlikely source. But in the heights of Venus and on a planet of another star, a secret is already being uncovered that will shake humanity to its foundations.

This book was the March selection in my fantasy/sci-fi bookclub, and the book description makes it sound like time travel is a MUCH bigger part of the plot than it really is. In fact, it’s only really mentioned in the prologue and then never again. I’m sure it’s going to be expanded upon in future volumes of this series, but since this is the first and only book so far, and no sequels have yet to be given release dates, it’s a bit difficult not to feel a bit cheated.

There were a whole load of interesting concepts visited in this book, but none of them really came together properly, and the whole novel ended up feeling like the setup for the next story, which doesn’t exist yet. Set in the near-future, when the borders of the world have changed somewhat, one of our story’s plotlines is set in Scotland, where a ship’s engineer sees something that shouldn’t really exist and starts to ponder space travel because of it. The second of the storylines is set on a space station orbiting Venus, where an andoid reporter is investigating and possibly spying. The third of the storylines is set far away on an alien colony, where there is mysterious happenings afoot and possibly hostile alien lifeforms in sentient rock threatening the Earth colonists. It’s only in the very end of the book all these storylines meet up, and by that point, I wasn’t really sure I’m too bothered about reading what comes next.