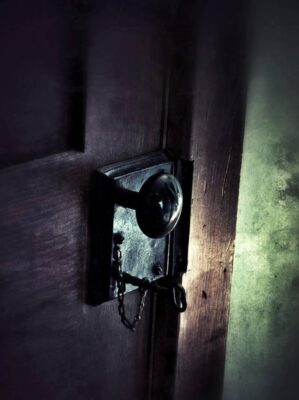 The Locked Door by Freida McFadden is fun. That may be a creepy thing to say about a thriller, but it is a real romp. The plot centers on Nora, the daughter of a captured serial killer the Handyman, who has been in prison for 26 years. Nora has spent her life under a different name, hiding who her father is. But suddenly copy cat murders start happening that mimic her father’s murders. Nora’s life gets turned upside down and we are off to the races.

I always find reviewing thrillers tough because I don’t want to give a single thing away. But I will say this much. The Locked Door is expertly written: taut, well plotted, and brisk. I haven’t read a thriller this good in awhile. I read such books to satisfy my insatiable love of whodunnits and to take a break from chewy books that take more time and thought. Most of the year thus far has been made of whodunnits; I find I need a lot of distraction lately and books that are more entertaining than weighty.

The Locked Door is much better than a lot of thrillers I’ve read in recent years. There’s some actual characterization and the relationships aren’t cookie-cutter. At first I wondered where the tension would come from, given the book starts with her serial killer father in jail, but it picks up quickly and doesn’t let up until the satisfying ending. It took me a few hours to read, so it’s a quick one. It also wasn’t of a woman-hating torture porn variety either, just a few graphic moments that fit the story. And that’s the last thing I’ll say: there was no point where I wondered why I was there. No side plots that go nowhere, to serve only as red herrings, no scenes that didn’t add to the story. All in all, a satisfying read. Recommended.