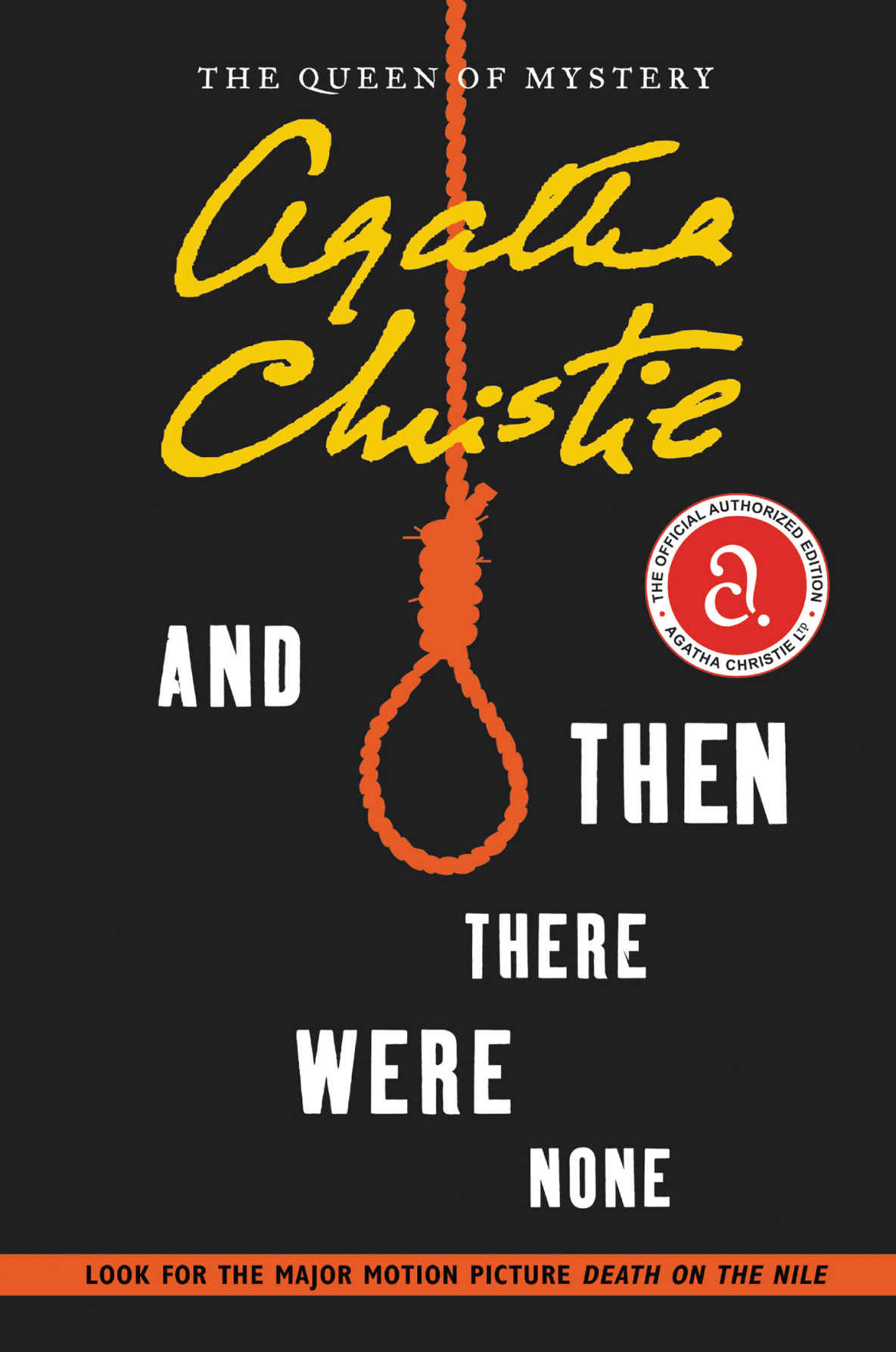 Goodreads tells me I read this book back in 2020.  I don’t remember reading it then, but I definitely read a version of it, because the setting and plot were familiar.  I think it was a modern retelling by a different author.  Goodreads tells me it might be In the Dark by Loreth Ann White.  I remember some of the names were the same, but the location was different.  I think there was a plane that fell in the water?  And then there was a storm?  I don’t know, I’ve read so many books it’s hard to keep track.

I totally don’t remember reading the actual “And Then There Were None” though.  Whatever!!

For anyone who doesn’t know the story, ten strangers are surreptitiously invited to an island.  Nobody knows in advance, but the person who invited them has malicious intent.  One by one the visitors are killed, and the survivors can’t figure out who is doing it, or why.  There’s a lot of logic and timelines being constructed, but they still don’t know who to trust.  We as the reader don’t know who’s behind the killings either.  If you said you figured this book out before the end, I wouldn’t believe you.  You’d have to do some major major root cause analysis (process mapping, timelines, etc) to work it all out.  I teach the root cause analysis class at my work and I really don’t think I could’ve figured it out.

This book is a classic for a reason.  If you enjoy a good mystery, you’ll probably enjoy this.