> FAQ Home
> Genre: Short Stories > Another short story to fill the void between the super long ones!! 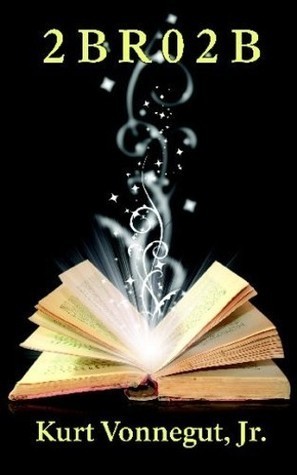 I think I saw Kurt Vonnegut, Jr. and remembered back to high school where I read Fahrenheit 451 (not KVJr), Catcher in the Rye (not KVJr), and some other book that wasn’t written by him.  I guess I just got them all mixed up in my head, so don’t yell at me.  I’m not sure I’ve ever read a Kurt Vonnegut Jr. book now that I’m looking back? Anybody have any recommendations?  Obviously I read this book, but it’s a short story, so a bit different than a full length book.

I liked this book.  I’m not sure if I was supposed to like it or not, because the subject matter isn’t happy or positive or anything like that.  But I guess it was interesting and it entertained me, which is really all I want from a book!

He lays out the world pretty quickly.  There’s a cure for aging, so people don’t die naturally anymore.  A man is in a waiting room.  His wife just had triplets.  Most people (or many people, certainly not me!) would be overjoyed if they just added triplets to their family.  He knows that for all three of them to live, he needs to convince 3 other people to die.  The numbers have to even out.

It’s a quick read, and you’ll go through a multitude of emotions in the less than a half hour.  I originally read the title as “To Be Or Zero To Be”, which is obviously not right and a dumb title.  Apparently you read the zero the fancy way “naught”.  That makes a much cooler title 🙂 3.5 stars for the ability to jam so much into so few words.