Having always intended to spend New Year’s Day home and reading I had stashed a light, fun read in my Kindle account to help kick off the year. Then, scrolling through Twitter this morning I saw a link to another and thought – yes, let’s do this.  About half the time I start my Cannonball Reads off with a romance (although my first Cannonball book ever, Pope Joan, was definitely NOT) so it felt like the absolute right way to start off CBR14.

One Minute to Midnight by Jasmine Luck (3.5 stars rounded up)

My impulse buy this New Year’s Day, and proof that authors absolutely should include links in their tweets about their books, especially if they are on sale.

This short story is all about transitions. We meet our lead as 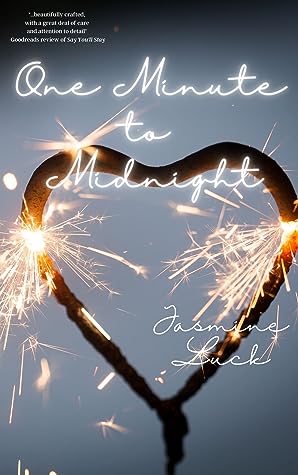 New Year’s Eve takes a wrong turn when Amber is subjected to a public break-up, for not being “fun.” She sets out in search of adventure and finds a handsome stranger to celebrate the night with instead. I’m not usually interested in books about one-night stands, and this story makes it clear at the end that Amber is not intending to start up a relationship with Diego at the end of their New Year’s Eve together, but the way in which Jasmine Luck frames it worked for me.

The reader immediately empathizes with Amber as we pick up with her directly after her boyfriend breaks up with her at a New Year’s Eve Party while making out with someone else. What bumped this one up to a four for me was that at the end of the story when said jerk ex tries to make a half assed apology Amber is able to take the past several hours – where she went to a bar alone, struck up a conversation with a handsome guy, navigated the sexual politics of hooking up, and several orgasms – and tells her ex in quick decisive language that they are done and deciding for herself what feels right, all while a very handsome naked man is standing in her apartment beckoning her back to bed.

This one is a novelette featuring the time-honored friends-to-lovers trope around the tradition of resolutions. 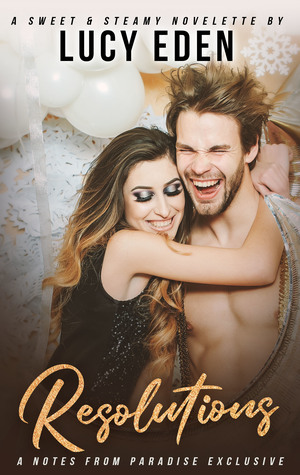 The previous year Lucy had chickened out of telling her best friend Mike that she was in love with him when the fear of ruining their friendship got the best of her. Mike had similarly intended to reveal his feelings to her, but her speech about not ruining their friendship had him deciding that someone else would have to do (apparently this character features in another of Eden’s books and gets a better treatment, so that’s good news). Fast forward eleven months and the list that Lucy had gone home that night and the list of resolutions Lucy had written while drunk and heartbroken about needing to get over Mike falls out of her bag only for Mike to pick it up and decide to help Lucy finish the list… and perhaps get it right this time.

I liked this one more while I was reading it than I did once I started thinking about reviewing it. I’m not so excited about how Lucy characterizes Mike’s ex Chellie (she of the other book) as lesser than based on her good looks and social media savvy. Eden does a successful job of writing great scenes of Mike wooing Lucy with activities he’s thought up specifically to fulfill her resolution goals, and some great physical interactions, it felt like we were missing the quiet moments between the characters to let the shift of perceptions settle.  Which meant that while the relationship building from friends to more worked for me (even with Mike not leading with the fact that he had broken up with Chellie),  the narrative felt uneven in places.

This one does come with a bonus Spotify playlist that I do suggest listening to while reading, and an epilogue told entirely from Mike’s POV which after getting the rest of the story from Lucy’s was a nice addition.